Ervin Santana Still Unsigned, May Be in Agent Limbo 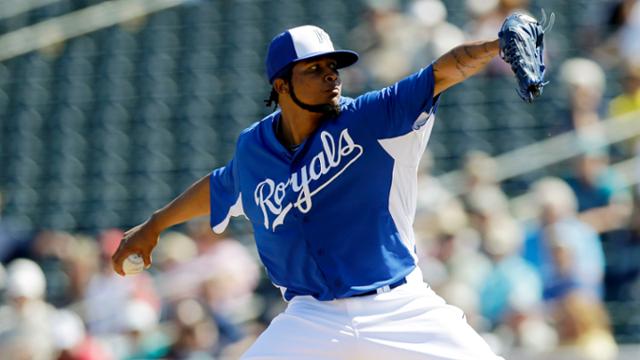 Going into the off season, free agent pitcher Ervin Santana was looking for deal in the six year $100 million range.  But after comparable right handers Matt Garza signed a four-year 50-million deal with the Milwaukee Brewers and Ubaldo Jimenez did four and fifty with the Baltimore Orioles that nine figure dream was dashed.

Now we are a couple weeks into spring training and it looks like Santana is having trouble even getting teams to bite on the Garza/Jimenez precedent. The Orioles have been tied to Sananta, but apparently won’t go much beyond three-years 30 million. Seattle would seem to have a need for Santana and have some money to spend.  But so far there has been little movement on the front even with Seattle’s new $240 million man Robinson Cano lobbying management to also bring Santana on board.

Santana had been tendered a qualifying offer by the Royals. Meaning he could have stayed in Kansas City on a one year $14.1 million deal. Also meaning that if another team signs him they will have to forfeit a draft pick, most likely in the first round. Critics of the qualifying offer system say this artificially depresses demand for free agents who get slapped with QOs.

Now if Santana waits to sign until June 5th — the first day of the Major League Baseball entry draft —  he will no longer cost the team a draft pick. However he will have lost two months of the season and the millions of dollars in salary that go with that.

It’s a complicated calculus, and one that will earn an agent his commission.

Which, to borrow from an old saying about those who act as their own lawyer, would make Santana a fool. And an unemployed fool at that.

Jay Alou, who works in Stringfellow’s agency,  sent out a tweet stating that Santana is “still represented by the same person that he first signed with 15 years ago.” (Being Stringfellow.) However, Foxsports Ken Rosenthal reports Sananta’s representation is “unsettled” and the players union may get involved.

Adding to Santana’s problems is that he has pitched the last few years with ulnar collateral ligament issues. And although famed surgeon Dr. James Andrews has said what was a partial tear in Santana’s elbow has completely healed on its own, teams are obviously going to be wary of giving long-term money to a pitcher with UCL question marks.

So expect Santana to find another agent, even if it won’t be one with as great a name as Bean Stringfellow.

On the off-chance he is able to negotiate a big deal on his own maybe his fellow qualifying offer orphans Stephen Drew and Kendry Moralas will ditch their representation.

What do you think? Is Ervin Santana worth the four years $50 million Garza and Jimenez received? And is Bean Stringfellow the best name this side of String Beanfellow? Let us now in the comment section below. 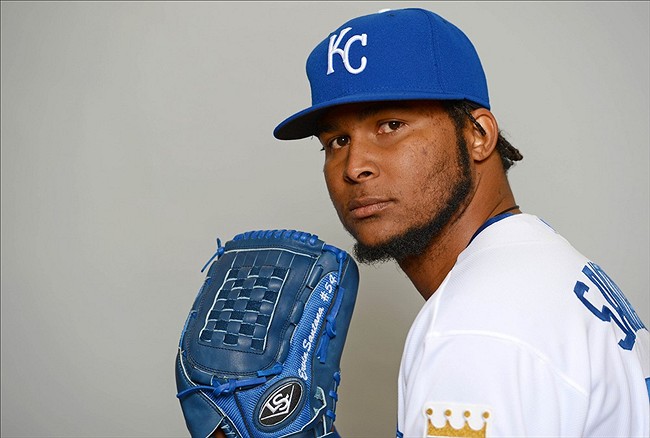