Yu Darvish’s Eephus Pitch Cracks Torii Hunter And Everybody Else 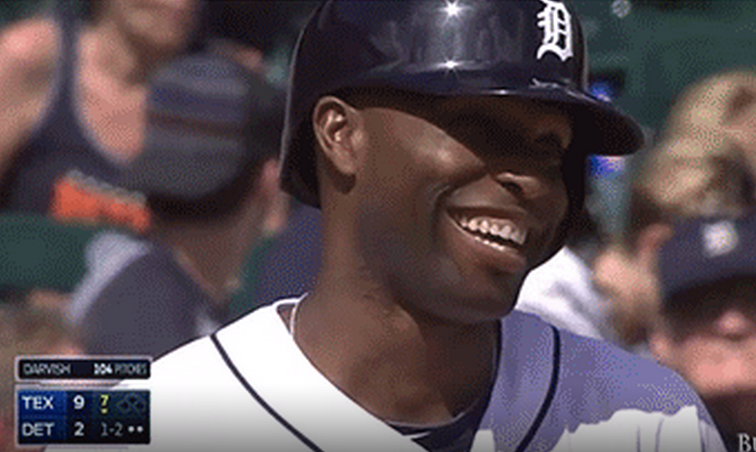 Yesterday’s game between the Texas and Detroit was not close. In fact, it was such a blow out that the Tigers pitched shortstop Danny Worth in the bottom of the eighth of their 9-2 loss. While that could have been comic relief, Worth actually pitched really well, retiring the side with two strikeouts. There was a pretty light moment as inning earlier, however, when Rangers starter Yu Darvish uncorked an eephus pitch to Torii Hunter. As you can see in the video below, the unusual pitch strikes Hunter, Darvish and the television announcers as pretty hilarious. Darvish would go on to whiff Hunter on a more traditional toss.

The Eephus pitch was made famous by Rip Sewell, who played for the Pirates during the World War II era. The high arching, softball-like toss comes in as slow as 40 MPH and is meant to fool the hitters by messing up their timing. Sewell’s eephus pitch helped him make three All-Star games, and the only homer he ever gave up on an eephus was to Ted Williams in the 1946 Midsummer classic after Teddy Ballgame jokingly asked for the toss. Williams later admitted that he ran out in front of the batters box when attacking the pitch — which should have been an out if the umpire was paying more attention.

Other pitchers who have used the eephus – which comes from the Hebrew word meaning “nothing” — include Satchel Paige, Pascual Perez, the Hernandez brothers, Phil Niekro, Bob Tewksbury and Bill “Spaceman” Lee. Lee famously gave up a home run to Tony Perez in the seventh game of the 1975 World Series on the slow toss. Since the Red Sox lost that game the eephus became part of Boston’s notorious World Series curse, since broken.

This isn’t the first time Darvish has thrown the eephus, and judging from its location he still has a lot of work to do on the pitch.

Which is good news for American League hitters; there would be nothing funny about Darvish with yet another weapon.