Who Should Be the American League MVP?

According to Google, Mike Trout has already won the 2014 American League MVP.  When the search engine’s algorithm made the premature declaration a couple weeks ago it was pretty much in line with the conventional wisdom.

However, Trout has struggled in August, only slashing .234/.311/.438 and striking out 20 times. The Millville Meteor is still the favorite to win the award, as he is the American League leader in OPS+, is second in baseball in WAR, and his Angles now have best record in baseball.

But Trout snagging his first MVP after finishing runner up to Miguel Cabrera in 2012 and 2013 is not inevitability that it once was. Here are seven players who could steal the award from Trout and render the 23-year old a bridesmaid once again.

Josh Donaldson .252/.340/.466, 6.3 WAR
It’s Donaldson, not Trout, who is leading baseball in WAR. He gets a lot of his value from his slick glove at third, but he’s a pretty good hitter too, with his numbers’ somewhat surpassed by his cavernous home park. The mullet-ed slugger is the biggest bat in baseball best and most well-balanced lineup. If Oakland edges Anaheim in their dogfight for the AL West he could have a pretty good claim on the MVP hardware. 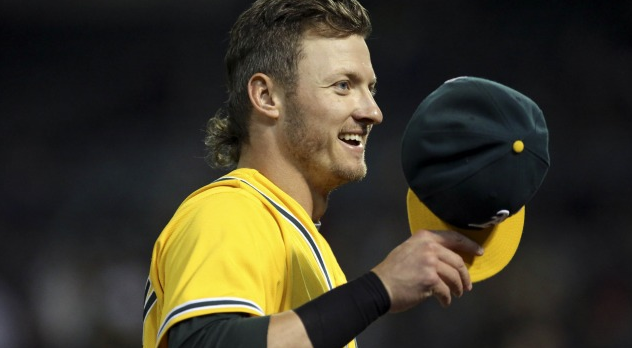 Robinson Cano .329/.399/.471, 5.2 WAR
His contract, which will be paying him $24 million a year when he’s 40, is still an abomination and a future albatross. But the second baseman is certainly earning his money in 2014. After a slow start, he’s been every bit the player he was in the Bronx and is a good bet to win the batting title — which still holds appeal for MVP voters. On the other hand, his run and RBI totals are a bit light. He needs a big finish and a Mariners playoff birth to really have a chance.

Felix Hernandez 13-4, 1.99 ERA, 197 Ks, 6.0 WAR
Much like the situation with the Dodgers and Clayton Kershaw and Yasiel Puig, Cano’s biggest obstacle to the MVP may be the votes he splits with Felix Hernandez, the Mariner’s ace. Unlike with Kershaw, we can’t really get behind Hernandez for MVP. There are just too many offensive players having great years in the AL — including Cano — for a pitcher to win it. Nevertheless, Hernandez has been undeniable spectacular, and is the main reason the surprise Mariners are right in the playoff hunt.

Jose Abreu .302/.359/.591 3.8 WAR
On August 1, when Abreu was leading the league in homers and RBIs, was up to .310 and was threatening a Triple Crown, his candidacy for MVP was a bit more viable. He has no homers and only a .678 OPS since then. But he’s already shown in short MLB career that he can get really hot. So we’re not going to rule him out quite yet.

Nelson Cruz .260//320/.516, 3.8 WAR
While his PED-ties and one-dimensional game probably preclude Cruz for serious consideration, we still think he’s worth mentioning. He’s been a god-sent in the middle of the first place Orioles order — particularly given Chris Davis‘s struggles. At $8 million on a one year deal he’s also been by far the best bang-for-buck signing of 2014.

Michael Brantley .319/.378/.513, 4.9 WAR
All year Indians fans have been pointing out the statistical similarities between their centerfielder and the more famous one in Anaheim. Trout’s stats are a bit better at this point, but Brantley does have a chance to remedy that over the next six weeks. If that offensive surge also helps the Indians grab a playoff spot he will certainly put himself in the MVP conversation.

Jose Bautista .291/.408/.507, 4.1 WAR
Another player who is tethered to his team’s performance. If Bautista’s can lead the Blue Jays to the postseason he should receive serious MVP consideration. Although a big finish by the now-healthy Edwin Encarnacion — who currently leads the AL in .OPS — could catapult him in front of Bautista in the north-of-the-border MVP pecking order. 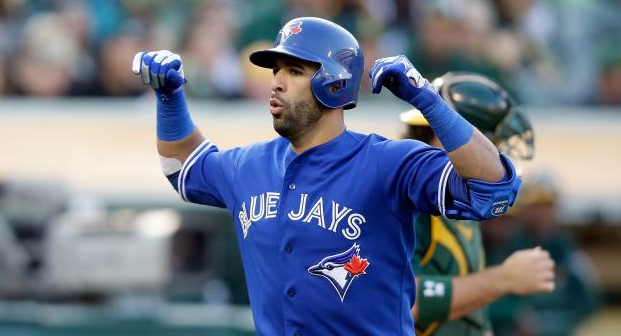