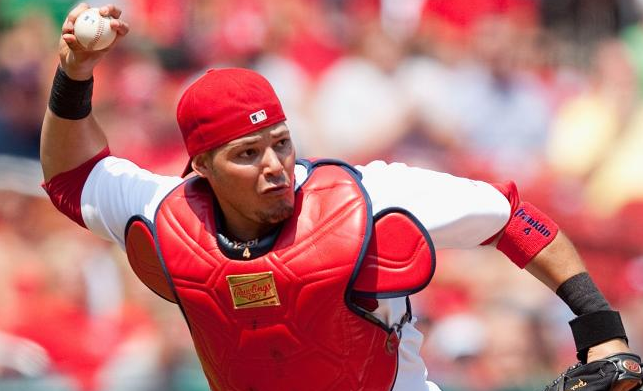 The biggest fake baseball game of them all has affected the regular fake baseball schedule this week, with no games until today because of the All Star festivities.

It seems like forever ago, but last week two players slated to participate in the midsummer classic — Marashiro Tanaka and Yadier Molina — went down with injuries that will take a couple months to heal at best, and will probably keep them out for the rest of the season.

Owners of the two stars have probably spent the All Star break plotting with whom to replace them with.  Some suggestions are below.

Tanaka
Let’s face it, there is no replacing Tanaka, who was the 14th ranked player in Yahoo! leagues even after his three game slide that preceded the news of his ligament damage. Jose Fernandez owners feel your pain. But here are a few suggestions, anyway.

Clay Buchholz: Remember him? The guy who went 12-1 with 1.74 ERA and a decent K rate for Boston last year. Like with most things Red Sox-related, Buchholz has gone seriously south this season. And, lets face it, he was never nearly as good as his 2013 stats suggests. Nor is he nearly as bad as his 7.02 ERA at the end of May portends. After missing a month with an arm injury, the 29-year old has come back with three decent starts, and then a 12-K three hitter of a gem in his last outing. He’s available in over 50 percent of Yahoo! leagues and with a little luck he might be able to pull off a Tanaka-like run.

Chris Young: Even more of a blast from the past is Chris Young. (The really tall right-handed pitcher, not the really bad center field.) The Princeton grad missed all of 2013, but has been better than solid for the Mariners in 2014. He’s not going to strike anyone out, so you will have to replace Tanaka’s Ks elsewhere. Howeve,r everything about his career and current situation suggests his 3.15 ERA and 1.09 WHIP is sustainable, and he’s also been doing a good job accumulating wins. Young is only owned in 38 percent of Yahoo! leagues. 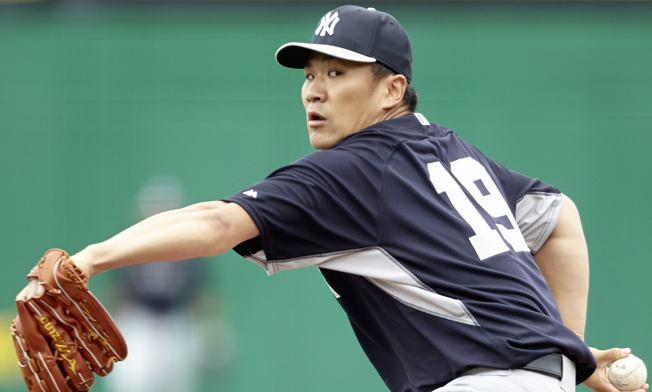 Molina
He’s still one of the better players in the game, thanks to his defense. But the youngest Molina brother’s offense wasn’t quite up to his usual standards in 2014, and offense is all that matters in fantasy. So much was Molina’s decline at the plate that there are actually widely available backstops who may be able to replicate what Molina had so far provided.

Wilson Ramos
Two trips to the DL have suppressed Ramos production, which is a bad thing. They’ve also suppressed is ownership, which is good thing for those trying to replace Molina. Health has always been an issue with the Nationals’ backstop. But he’s been playing every day lately and he’s starting to show the form that had him slug 16 home runs with a decent batting average in 77 games last year. Snatch up the 26-year old before it’s too late.