Gordon Beckham Traded To the Angels 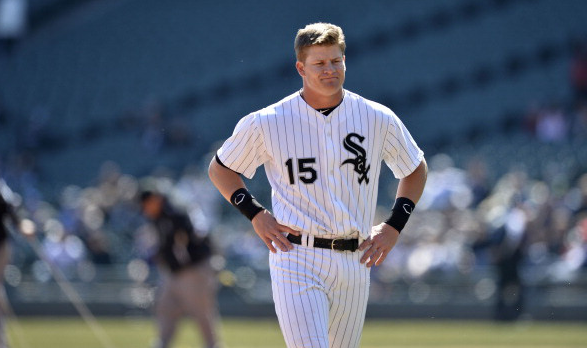 After ace Garrett Richards was ruled out for the season Thursday, the Los Angeles Angels suddenly had the need for another starting pitcher. So they traded for a second baseman.

The Chicago White Sox have flipped their starting second sacker Gordon Beckham out west for a player to be named later. The Angels had put a waiver claim on the 27-year old and then the two teams worked out a deal.

After an eye-opening rookie year in 2009, Beckham has struggled with the bat.  But never as much as he has this season, where his .598 OPS is fourth worst in baseball among qualified batters.

On the positive side of ledger, Beckham’s defense has always rated above average, and, at least this year, the right-hander had been showing signs of life against lefties, OPSing .803 with the handedness advantage.

“Not having a great year with the bat, but really wearing out left-handed pitching,” Angels GM Dipoto told MLB.com. “We feel like it’s a real nice platoon advantage for us.”

“I think the benefit with our team is that you don’t need him to take four at-bats a game, seven days a week,” Dipoto continued. You just need him to be a part of the team.”

Dipoto added that the Angels will also “take a look at” Beckham at shortstop and third base, where he already has 102 career appearances.

Beckham, who is making $4.2 million in 2014, will likely get a raise next year in his last arbitration season before he hits free agency. Since the White Sox have second baseman prospects Carlos Sanchez, Micah Johnson and Marcus Semien in their system, it is unlikely they would have offered Beckham arbitration.  So a trade, even for a PTBNL, made sense.

Sanchez will be called up from triple-A Charlotte to replace Beckham. Semien is expected to join the team on September 1 when rosters expand.  Johnson injured his hamstring earlier this week in Charlotte and has been ruled out for the season.

“He’s obviously of tremendous character, a great makeup guy, it just didn’t work for him,” he told MLB.com “The big part of this game, as we all know, is mental, and that can be extremely difficult to get past. Perhaps with a change of scenery it becomes easier with the new organization, not the one that drafted him, to become easier on himself or to let go of those expectations a little bit and fulfill that potential. He’s obviously still quite young and filled with talent.”

Of course, Angels fans were hoping that their team had a acquired a starter with good stuff, rather than a utility infielder with good character. As we explained yesterday, having the best record in baseball makes it difficult for Los Angeles to trade for an impact pitcher through the waiver process.

So it looks like they’ll just have to be happy to have Beckham’s noodle bat and intangibles. 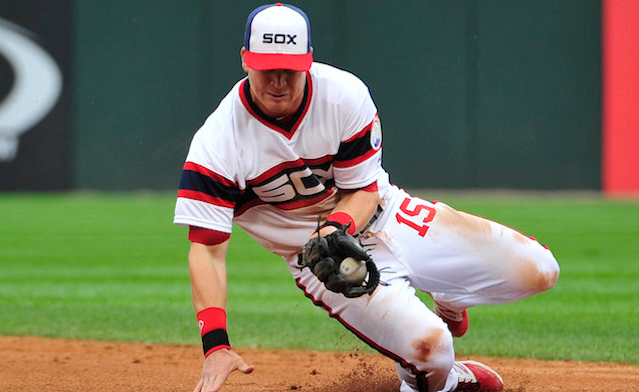