Geovany Soto Is Now on The Oakland A’s 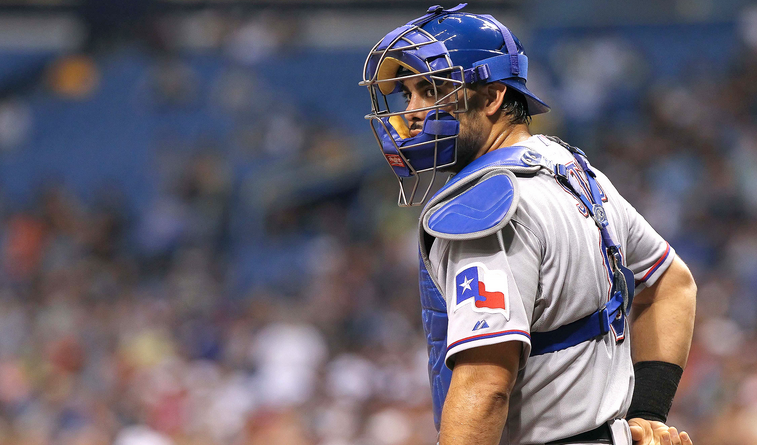 The Oakland As, fresh off tying the Los Angels Angels for best record in the league and first place in the AL West, have added Rangers catcher Geovany Soto. In return the Rangers will get cash considerations.

“But don’t the A’s already have three pretty good catchers?” you are probably thinking.  And you would be right to think that. Derek Norris, Stephen Vogt and John Jaso are each having well above average seasons at the plate.  Even with Vogt suffering a foot problem that has him mostly playing first base, the team seems more than covered at the catcher position. It makes one wonder if maybe something is also wrong with Norris or Jaso.

Soto broke onto the scene in 2008, winning Rookie of the Year for the Cubs. He struggled his sophomore season, before having the best year of his career in 2010.  While he appeared to be on his way toward a long effective career, the wheels fell off in 2011, and by the end of 2012 he was a back up catcher for the Texas Rangers. After having a decent year as a second-stringer in 2013, Soto has barely played in 2014 due to injuries, including a torn meniscus. He is healthy now, but only has a .237/.237/.368 slash line in 38 plate appearances.

The 31-year has been a much better hitter against lefties over his career. Given the As long reliance on platoons, that is likely where A’s manager Bill Beane sees his value. Soto will be a free agent this off-season.