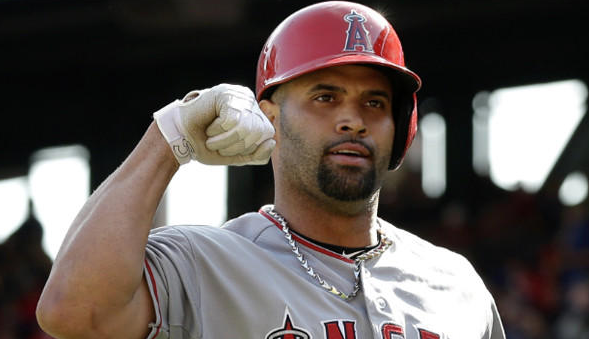 Since the days of Ruth, Major Leaguers have been barnstorming Japan in the off-season. After a eight-year hiatus, they’ll be doing it again in November of 2014, with a team led by Yasiel Puig, Robinson Cano, Albert Pujols and Adam Jones. The rest of the roster will be revealed at a later date and one would imagine the participation of the already announced names will also be somewhat dependent on how far their teams go in the postseason, which ends in late October.

In the fall of 2006, when a team of MLB all-stars last toured the island nation, they went 5-0 against their Japanese counterparts with a lineup that included Chase Utley, Joe Mauer, David Wright, Jose Reyes and Ryan Howard, who was the series MVP.

Since then, Japan has won two World Baseball Classics, suggesting another sweep on foreign soil could be a tough task for the 2014 all-stars.

Texas Ranger skipper Ron Washington (who certainly won’t be participating in the postseason this year) will be the team’s manager.

According to a MLB press release, the 2014 renewal of the event will mark the 11th All-Star Series and the 36th time overall that a team of Major Leaguers has toured Japan for exhibition games, dating back to 1908.

Back in June, when outgoing MLB commissioner Bud Selig announced the event, this is what he had to say about its significance:

“Major League Baseball is delighted that many of our finest players will represent our sport during the 2014 Japan All-Star Tour. This event will not only resume a longtime baseball tradition, but also will illustrate the historic bond that links us to our Japanese friends and peers. On behalf of our Clubs, I thank Nippon Professional Baseball, and all of us at Major League Baseball look forward to another memorable experience.”

The Japanese all-star team (aka “The Samurai Team”) has yet to be selected.

Here is the schedule of the events on the tour, which begins on November 11 and will have the boys home in time for Thanksgiving.