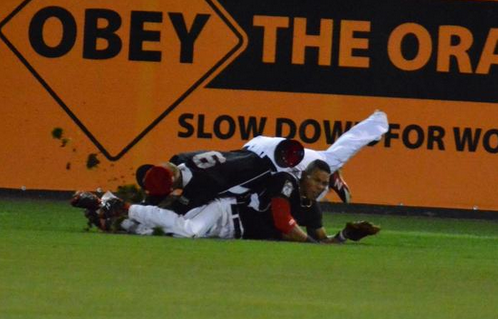 Minnesota Twins farmhand Byron Buxton’s Double-A debut couldn’t have gone worse. Baseball’s top prospect struck out in his first three at bats for the New Britain Rock Cats. Then the center fielder was involved in a terrifying collision with right fielder Mike Kvasnicka as he attempted to dive for a flyball. Both players lay motionless for a several minutes. Buxton was ultimately carted off the field in ambulance and taken to a local hospital.

“Buxton, who was parallel to the ground, appeared to hit his left shoulder/neck with RF Mike Kvasnicka’s knee, explained Don Amore of the Hartford Courant.

Buxton, who was unconscious for ten minutes, was diagnosed with a concussion. Kvasnicka accompanied Buxton to the hospital, but was able to return to the dugout later in the game. He has a sore hip.

“He’s alert. He has a concussion, so we’ll have to take the normal procedures and protocol for concussion symptoms,” said Ryan. “He’ll certainly be watched.”

It’s been basically a lost season for Buxton, who had a huge 2013, hitting .334 with 12 homers and 55 SBs over two levels of A-ball. An injured wrist cost him the first three months of 2014, and then the 20-year old struggled in high-A, only OPSing .718 before being bumped up to double-A for Wednesday’s game.

Buxton was taken with the second pick of the 2012 draft by the Twins and then shot up the prospect lists after a solid season in rookie ball.

The Twins confidence in Buxton allowed them to trade both Denard Span and Ben Revere after the 2012 season. Among the return in those deals were pitchers Trevor May and Alex Meyer, who Minnesota hopes will be part of their pitching staff for years to come.

Now Buxton will almost surely miss the rest of the minor league season and a September call up to the big club seems doubtful. 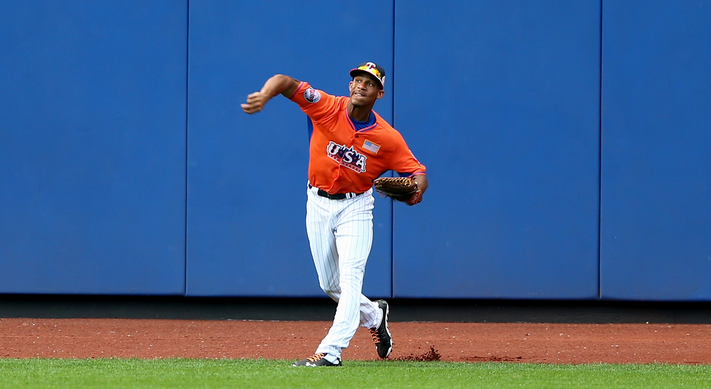