There been over 350 sets of brothers to play Major League baseball. Current brother combos include the Atlanta Uptons, BJ and Justin, and catchers Yadier and Jose Molina. (Third catching Molina brother Bengie retired in 2010.)

The Molins and the Uptons still have a long way to go before they match the production of our all-time best brother combos. We’re measuring by WAR, and to qualify each brother has to contribute at least ten WAR. Meaning combos with a marginal freeloading brother, like Tony Gwynn and Chris Gwynn or Mike Maddux and Greg Maddux, don’t qualify.

We’re also only counting the best two brothers. Although you will see a surprising number of brother sets which include three or more.

Honorable mention Dizzy and Daffy Dean 53 Combined WAR
Jay “Dizzy” Dean and Paul “Daffy” Dean won a combined 49 games for the St. Louis Cardinal in 1934. Not only is that a record for brother teammates, but it is doubtful two teammates of any relations will ever again achieve that combined mark. The Deans accounted for 47 wins in 1935, but Daffy would blow out his arm the next year, effectively ending his career. Arm problems would also pretty much end Dizzy’s career by age 30, but he still was able to make the Hall of Fame. We’re giving them the Dean’s the honorable mention spot for what could have been. 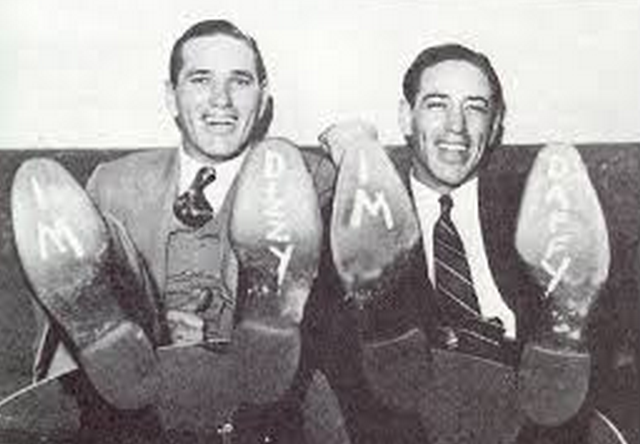 10. Felipe and Matty Alou WAR 65.5
Felipe and Matty Alou, along with third brother Jesus, all began their careers with San Francisco in late fifites. Felipe was a good all-around hitter with some pop — he finished up with 2101 hits and 206 home runs and three All-Star appearances. Matty was a great contact hitter, topping .330 four times and winning a batting title. (Jesus managed 1216 hits for his career, but was more of a fourth outfielder type.) Felipe also makes our list of best father-son combos with his boy Moises.

9. Clete and Ken Boyer WAR 80.5
Ken Boyer was a perennial All-Star and the 1963 MVP for the St. Louis Cardinal. His brother Clete was also a third baseman, manning the hot corner for the Yankees and the Braves during the sixties. Clete couldn’t hit like his brother could, but was one of the best fielding third sackers of all-time. Their older brother Cloyd had a five year career as a fairly mediocre pitcher.

8. Sandy and Roberto Alomar WAR 83.7
The sons of Big Leaguer Sandy Alomar Sr, Sandy Jr. and Roberto had 18 combined All-Star appearances. Twelve belonged to the second baseman Roberto, who is a Hall of Famer and one of the all-time greats at his position. Frankly, Sandy’s association with his father and younger brother (whom he played with in both San Diego and Cleveland) made him a bit overrated, but he was a decent enough player for 20 years.

7. Ed and Jim Delahanty WAR 88.6
Hall of Famer Ed Delahanty had a .346 career batting average and was arguably baseball’s best player in the 1890s. Then he died in 1903 under mysterious circumstances; he was kicked off the team train for being drunk and disorderly and then either fell or was pushed into Niagara Falls. Ed actually had four Major League brothers. Jim, 12 years his junior, was the best of the bunch, finishing his 13-year career with 1159 hits and 151 steals.

6. George and Ken Brett WAR 100.7
George Brett was one of the best third baseman to ever play, winning batting titles in three different decades, making 13 All-Star teams and skating into the Hall of Fame on the first ballot. Ken was a journeyman pitcher who had a few pretty good seasons in the mid-seventies, including an All-Star appearances. Ken could hit a little too, finishing up with a .262 batting average and ten home runs. 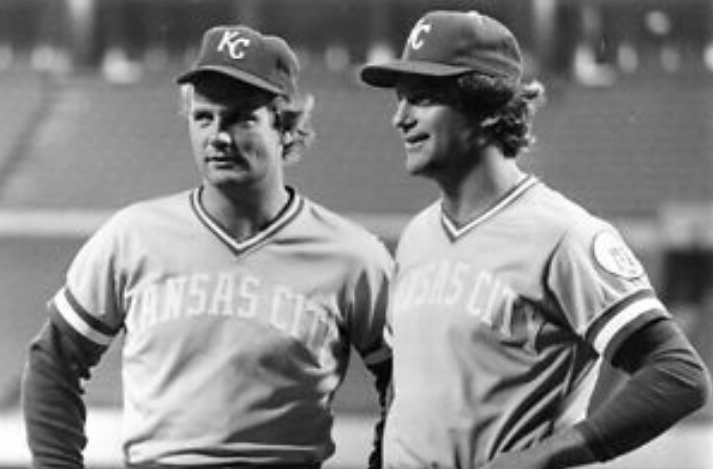 5. Paul and Lloyd Waner WAR 96.9
They called Paul Waner “Big Poison” and his his younger brother Lloyd “Little Poison.” Lloyd actually had his big brother by an inch (5’9 to 5’8) but Paul definitely swung the bigger bat, finishing his career with a Hall of Fame clinching 3152 hits and a .333 average. Lloyd’s 2469 hits and .316 average were also enough to get him into to Cooperstown, making the Waners the only brother combination to be enshrined. (Although Lloyd, who is only contributing 24.1 of their overall WAR, seems like he got in to the Hall on the family name.)

4. Joe and Dom DiMaggio WAR 110.1
Joe DiMaggio was one of the finest players of all-time, a three -ime MVP and an All-Star in each of his 13 seasons. Although he made seven All-Star teams, Dom was not only overshadowed by his brother but by Ted Williams, who played next to him in Boston’s outfield. A third brother, the power hitting Vince, was also a decent player, accumulating 17.1 WAR over his career. If Joe and Dom hadn’t lost six prime years to World War 2 they’d easily top this list

3. Pedro and Ramon Martinez WAR 112.7
Soon-to-be first ballot Hall of Famer Pedro Martinez was as dominant a pitcher as the game has ever seen. His older brother Ramon also started his career like he was a future Hall of Fame; winning 20 games with a 2.92 ERA as a 22-year old in 1990. However, arm trouble would derail Ramon’s career about when Pedro’s was starting to heat up.

2. Phil and Joe Niekro WAR 126
There are 539 career wins between the knuckleballing Niekros, 318 for the Hall of Famer Phil and 221 for Joe. Like many practitioners of the flutter pitch they both kept getting better with age. Joe would hit his his stride in his mid-thirties and Phil would win an amazing 121 games after his 40th birthday.

1. Gaylord and Jim Perry WAR 133.4
The Perrys 529 combined wins are just short of the Niekros total. However, they beat them in Cy Youngs three to nothing, with Gaylord winning the award in 1972 and 1978 and Jim taking it in 1970. Perry, who has 314 wins, is in the Hall of Fame. Older brother Jim will likely spend eternity in the Hall of Very Good. 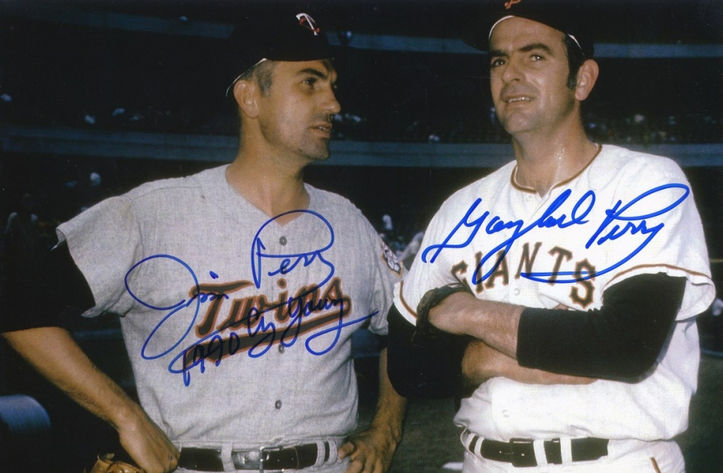