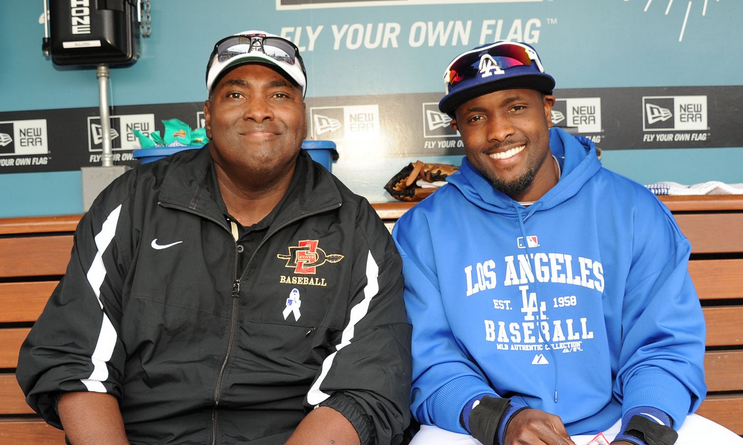 There was a nice moment in Philadelphia last night when Tony Gwynn Jr. came to the plate for the first time since his father‘s death last week. The fans at Citizen’s Bank Park gave Gwynn, who had been on bereavement leave, a standing ovation which brought tears to his eyes. Marlins catcher Jarrod Saltalamacchia, noticing Gwynn’s swell of emotion, went to the mound to give the outfielder time to compose himself before his at-bat began.

There have been other MLB father-son combos in which the apple has been a little closer to the tree on-the-field talent-wise. Here are the ten best father-son tandems of all-time.

10. Sandy Alomar Sr. and Roberto Alomar
We are only including tandems in which both father and son both have had significant MLB careers. Sandy Alomar Sr. wasn’t much of a hitter, but he did play 15 years and made an All-Star team. Roberto Alomar, the better of Sandy’s two Major League sons, also played second base but could really hit. He made 12 All-Star teams and the Hall of Fame

9. Ray Boone and Bob Boone
Ray Boone was a pretty nifty player for the Tigers and Indians during the fifties, making two All-Star teams and hitting the 20 home runs mark five times as a shortstop and third baseman. Bob Boone, who split his career between the Phillies and Angels, was a four-time All-Star and is considered one of the best defensive catchers of all-time. We’ll be hearing again from Bob again soon.

8. Jose Cruz and Jose Cruz Jr.
Jose Cruz banged out 2251 hits, mostly for the Astros, and played a terrific outfield. His son and namesake had a nice run for the Blue Jays around the turn of the century, which included finishing second for Rookie of the Year and a 30/30 season. Unlike his dad, who made an All-Star team at age 37, Junior declined quickly once he hit 30, but still finished with 204 career homers.

7. Bob Boone and Bret Boone
Bob Boone is back, this time with his son Brett. Brett, a second baseman, was a three time All-Star and three-time Gold Glove winner. In his best year of 2001 he hit .331 with 37 homers and 141 RBIs and led to the Mariners to a record 116 wins. Brett’s brother and Bob’s son Aaron also had a decent 12-year career.

6. Gus Bell and Buddy Bell
Gus Bell, a power hitting center fielder, made four All-Star teams for the Reds during the fifties. His son, a third baseman, trumped him with five All-Star appearances and four Gold Gloves over an 8-year career. Buddy’s son, David, played 12 years in the league and another son, Mike, got into a handful of Big League games.

5. Cecil Fielder and Prince Fielder
After famously spending a year in Japan, Cecil came back stateside and led the American League in home runs and RBIs in 1990 and 1991. Prince Fielder, who has a rocky relationship with his dad, slugged 288 home runs before his 30th birthday. Now Rangers fans are hoping Prince doesn’t experience the same rapid decline his similarly rotund father did once he got into his fourth decade. 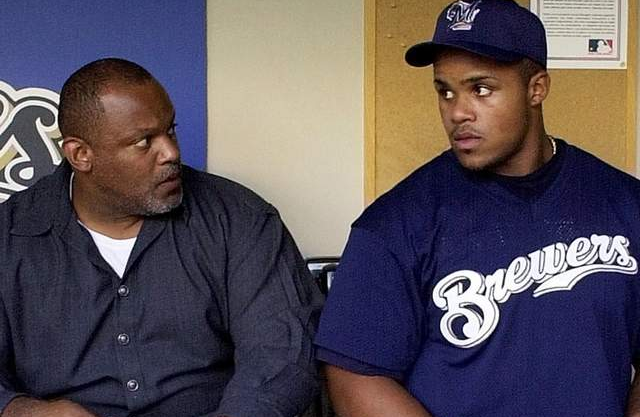 4. Mel Stottlemyre and Todd Stottlemyre
There aren’t a lot of father-and-son pitching tandems out there and the Stottlemyre’s are easily the best. Sinkerballer Mel was one of the top pitchers of his generation, although a shoulder injury ended his career in 1974 at the age of 32. Todd was a solid starter for 14 years, finishing his career with 138 wins and 1587 Ks and a couple World Series titles with the Blue Jays.

3. Felipe Alou and Moises Alou
Along with his brothers Jesus and Matty, Felipe Alou was among the first Dominican players to suit up in the big leagues. He was three-time All-Star and he finished his career with 2101 hits and 206 homers. His son Moises didn’t really hit his stride until his late twenties but still managed to top his dad with 5 All-Star appearances, 2134 hits and 332 dingers.

2. Ken Griffey and Ken Griffey Jr.
The Griffey’s were the first father son tandem to ever play for the same team when they both made the roster of the Mariners in 1990. Dad was a three-time All-Star and a valuable member of the Big Red Machine. Junior was considered the best player of his generation for a time, and the future Hall of Famer finished his career with 630 homers, 2781 hits and 13 All-Star appearances.

1. Bobby Bonds and Barry Bonds
We all know how great and controversial Barry Bonds is, with his 762 home runs and PED ties. His father Bobby was almost great, going 30-30 five times (a record only matched by his son) and finishing his 14-year career with 332 homers and 461 steals. Bobby was also pretty controversial, thanks to a notoriously disagreeable personality that he seems to have passed on to his son. 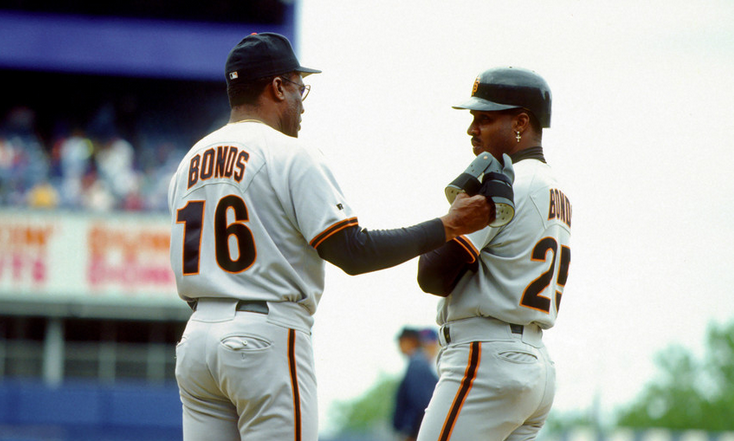