A baseball stirrup is a kind of sock that is part of the traditional baseball uniform. When baseball began, a high sock was necessary because for pants players wore knickers, which fit just over the knee and reigned as the style of the day.

Back in the mid-19th century it was thought the dyes isnsocks would cause health risk. So players would wear white socks — called sanitaries — like we would wear regular socks, covering the area between their shoes and the bottom of their knickers. Then on top of their sanitary socks they would wear stirrups, which would include color. Instead of having a proper sock bottom these stirrups would hook under the players foot, exposing some of the white sock. Ostensibly the sanitary would protect the player from the harmful dyes in the stirrup. The baseball stirrup tended to have a larger loop than the traditional stirrup — exposing even more of the white under-sock than the typical fashionable knicker wearer would show during that time period and creating a unique baseball stirrup look.

While the hysteria over sock dye soon died down, the baseball stirrup quickly became a crucial part of the baseball uniform. In fact teams, such as the Cincinnati Red Stockings, Boston Red Sox and Chicago Red Sox got their names because of the color of their stirrups. Throughout most of baseball history players would wear their stirrups proudly. And if the didn’t, managers such as Leo Durocher would take out a ruling stick and measure the stirrup loop to make sure it conformed to team and league standards.

However in the 80s players starting wearing stirrups with such large loops all you would see is the white under-sock and the stirrup loops. While this was technically a violation of many teams and league standards, enforcement became lax.

Then in the 90s things started going in the completely opposite direction, and players showed less and less stirrup because they were wearing their pants down to their shoes. Slugger Gary Sheffield even devised a system in which his pants hooked under his feet, completely eliminating the need for stirrups. 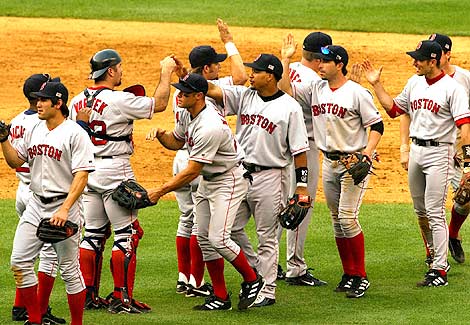 These days there are some players who embrace the traditional stirrup, with Hunter Pence of the San Francisco Giants and Bryce Harper of the Washington Nationals the leading proponents of the now retro style. Most college programs use traditional stirrups, and many minor league teams require them as a way to show team unity. There has also been a trend among high school and youth players to adopt the old school stirrup look.

Some of these new stirrup wearers are actually adorned in what are called 2-n’-1s, which is one piece sock that mimics the stirrup look by having a stirrup design either painted or showed onto their side.

Stirrups can be purchased at your local sporting good store or an an online retailer like Amazon.com. They tend to be between $3 and $8 dollars per pair, and come in all sorts of colors and sizes between 4 inches (meaning the loop) and 7 inches. 2-’n-1s can be bought from the same places, if you prefer that style, and cost about the some per pair. 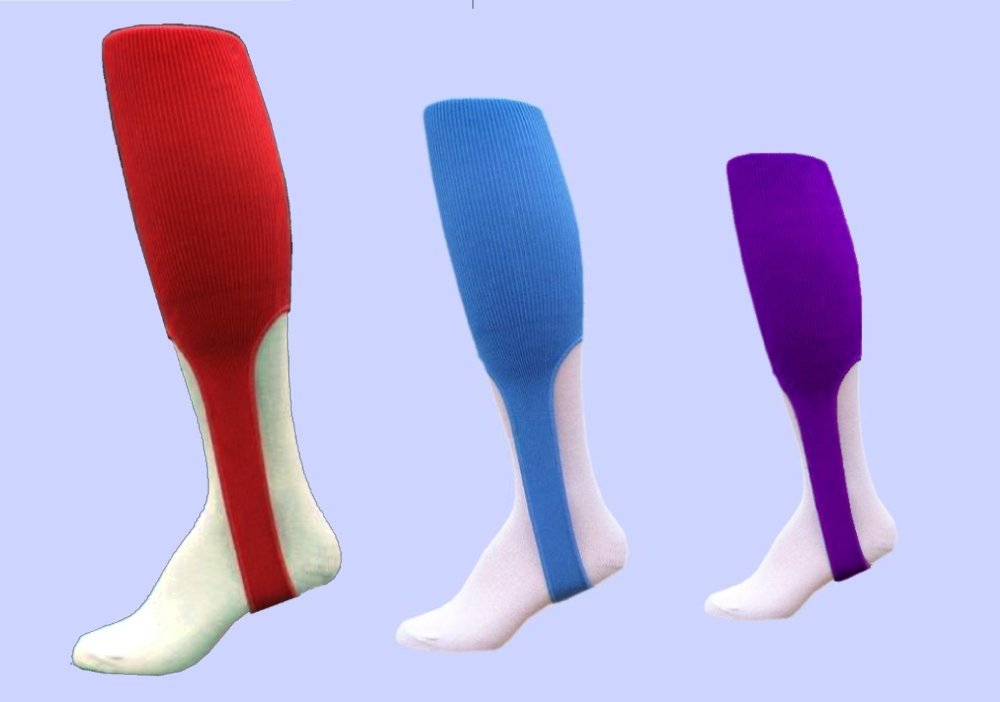