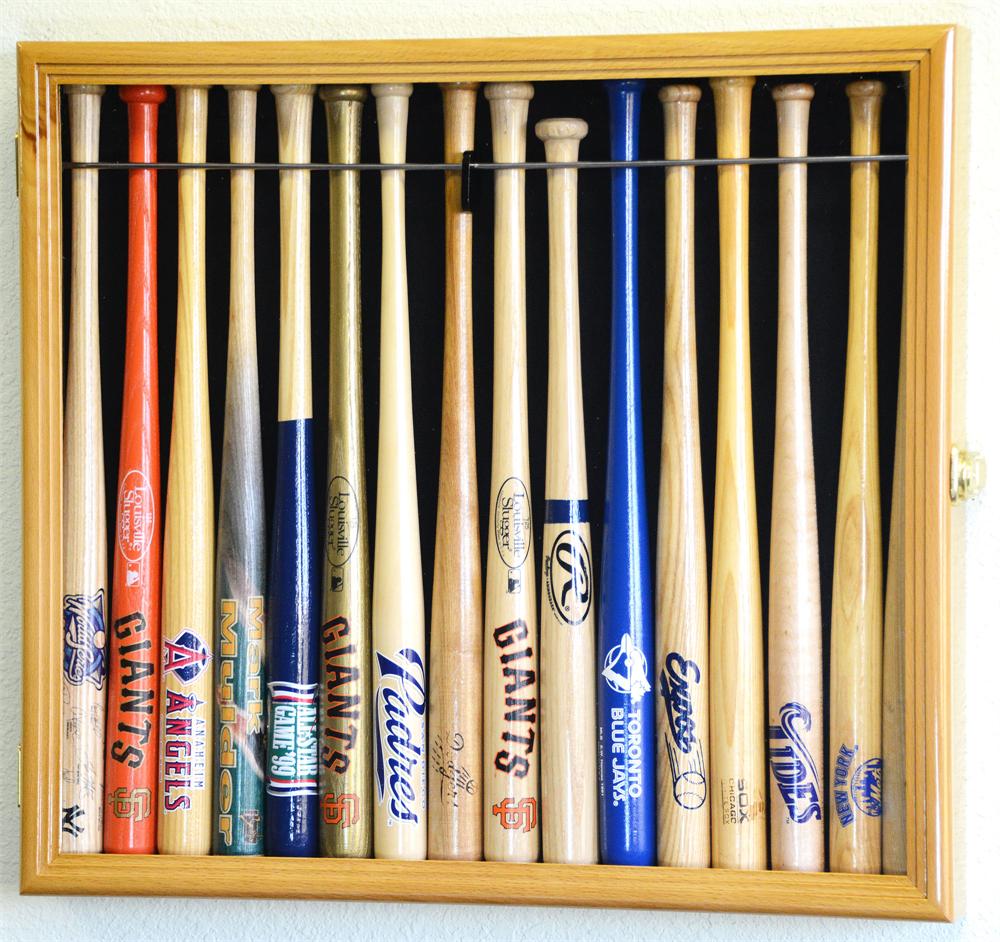 Typically baseball bats are used to hit a baseball with. But that certainly isn’t the only use for these club-like tools. Baseball bats are often employed a method of home or car security, and many bars and convenience stores have a baseball bat latched under their front counter in case of burglary or a fight.

Sometimes folks will use baseball bats in impromptu home-improve: for example as a leg of a table or a desk. But the most common off-the-label use of a baseball bat is simple as a piece of memorabilia.

Signed baseball bats can be of sentimental or financial value to a collector of fan. So can baseball bats that had been used to get a particular result — such as a big hit in a big game — by either the bat’s owner or a Big League player that the bat’s new owner admires.

If you have such a baseball bat the question becomes where you store it.  You want to be able to gaze upon it but you don’t want anybody else thinking it’s just a regular bat and using it to hit a baseball or an evil doer.

The answer to this question is a baseball bat display case.

There is no single type of baseball bat display case.  But rather this description explains a whole class of casing. Some bat cases are wall mountable. Others are made to sit on a surface. Some have mirrors so you can see your glorious bat from all angles. Others are made from more than one bat, and up to ten bats. Lockable cases and bat display cases that offer UV protection from damaging sunlight are both quite popular and should be consider for bats of great value. 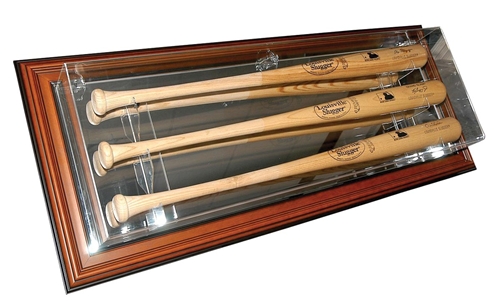 Some bat display cases offer details such as wood finishing or individual protection tubes within the case. Major League teams all sell logo bat display cases on their websites that are meant to show off memorabilia related to that franchise.

Much like a frame can sometimes cost more than the picture, one shouldn’t expect a baseball bat display case to be cheap. Sure you can find one for as little as ten bucks. (Although that would be accurately described as baseball display “tube.) However the serious bat collector should be prepared to spend close to hundred dollars for a high quality well-appointed baseball bat display case. And be prepared to spend even more if you are looking at a multi-bet display case.

Often when you buy bats as memorabilia they come with the display case. Make sure to factor that in when pricing. A bat that already has a case is likely worth at least fifty bucks more than one without. That is unless you plan on leaving your signed bat out and risk it being used on the diamond, as a weapon, or as a load bearing part of an unfortunately constructed piece of furniture.