Are Cole Hamels and Jonathan Papelbon Heading To The Dodgers? 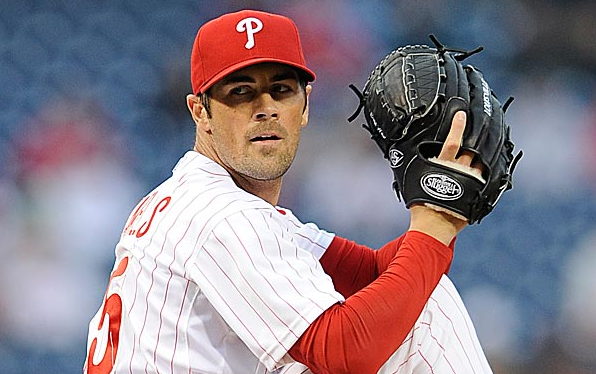 Last week, we declared  Jonathan Papelbon “a lock” to make through waivers. Yesterday, we got word that the closer did make it through, and now the Phillies can trade him to any team in either league.

Papelbon’s performance this year has been quite good; a 1.79 ERA and .908 WHIP with 26 saves in 29 chances. He went unclaimed because of his unwieldy contract — the 33-year old will make $13 million in 2015 with a fairly easy to obtain $13 million vest in 2016 — and concerns about his fastball speed and K-rate.

Nevertheless, if there was a contender who needed a closer, we’d say Philadelphia had a decent chance of flipping Pap for a prospect or two — especially if the Phillies threw in some cash. However, the Angels have already taken care if their closer problem with Huston Street, and Detroit now has Joe Nathan and Jokaim Soria with Jim Johnson in the minors. Sure all of them have had their struggles, but Detroit has to feel confident at least one will grab the job in the season’s last two months, given how successful they’ve each been in the past.

That brings us to the Dodgers. Incumbent closer Kenley Jansen came into the season poised to challenge Craig Kimbrel for the best ninth inning man baseball. It didn’t’ happen. He’s been OK, and perhaps a bit unlucky and the Dodgers bullpen has been shaky as a whole. There is now noise out of LA that the Dodgers should deal for Papelbon and move Jansen to a set up role, which would have been crazy talk a few months ago.

That brings us to Cole Hamels. He was claimed on waivers, no suprise. We don’t know what team put in the claim, but if it’s the Dodgers things could get pretty interesting.

Coming up to the deadline, there was talk that the Phillies were willing to send Cole Hamels back to Southern California for the princely sum of Joc Pederson, Corey Seager and Julio Urias, LA’s three top prospect. The Dodgers demurred and watched fellow World Series contenders Detroit and Oakland pick up big time left-handers David Price and Jon Lester, respectively.

What if Philly sweetened the pot with Papelbon, and maybe a chunk of his bloated salary? That might be hard deal for the Dodger brass to turn down.

The Bison has looked quite good (at least the plate) over the last few weeks. Nevertheless, the Dodgers need to get rid of at least one of their highly paid outfielders, and Carl Crawford and Andre Ethier are starting to look completely untradable.

The Phillies could use an outfielder, especially since Marlon Byrd (who was claimed on waivers) should be on the move. You figure any deal the Phillies make for Kemp would include money coming back. Even if Hamels’ and Papelbon’s big contracts are on the other side.

Maybe something like Kemp, half of the $107+ million he’s owed, Seager and Urias for Hamels and Papelbon. What do you think? Fair trade? We think it would make the Dodgers the instant World Series favorites, and it would give the Phillies a more interesting — and perhaps better — future. 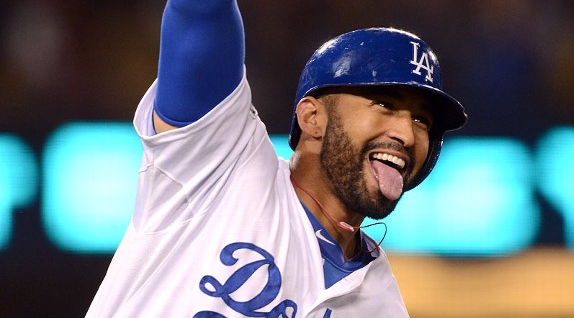