Robert Hernandez Has Been Traded To The Dodgers, But Why? 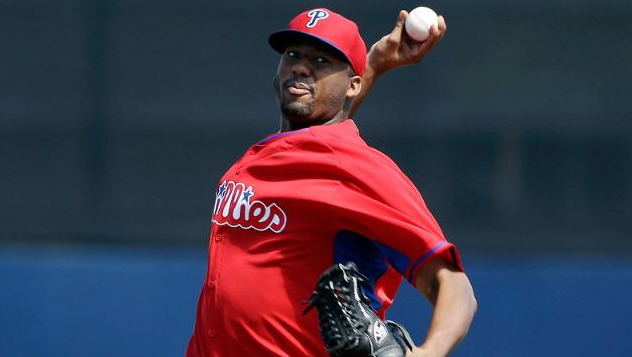 As predicated earlier today, a Phillies pitcher is headed to Los Angeles. However, we had Jonathan Papelbon and/or Cole Hamels going to the Dodgers, when the moved hurler was in fact Roberto Hernandez.

For the services of the artist formally known as Fausto Carmona (and what an alias that was!), the Dodgers are giving up what ESPN reporter Jayson Stark has described as “two low level minor leaguers.”

It’s unclear if Hernandez had passed through waivers or the Dodgers put a claim on him and then the two teams worked out a trade. The 33-year old is on a one-year deal for $4.5 million. Hernandez had been scheduled to start for the Phillies tonight against the Astros, and will likely be replaced by Sean O’Sullivan, who’s been pitching in Triple-A.

Trading for a starting pitcher of Hernandez’s caliber is a bit odd, given that Dan Haren actually pitched well last night. Haren has been the weakest link in the otherwise stellar Dodger rotation of Kershaw, Greinke, Beckett and Ryu. However, he hasn’t been bad enough to be replaced by a guy like Hernandez. (Hamels would be a completely different story.)

So it looks like Hernandez is headed for the bullpen, perhaps to fill the role of Paul Maholm, who was just ruled out of the season with knee surgery.

Maholm wasn’t particularly effective as a middle-relief pitcher. Starters without swing-and-miss stuff tend not to be. You can put Hernandez in the same pitch-to-contact category, which is why we are not very optimistic about his prospects as a bullpen piece.

Although we can’t really endorse Hernandez as a solution, the Dodgers do need more bullpen depth; Chris Perez and Chris Withrow are also on the DL, and Brian Wilson is still not pitching up to the standards of his fancy beard.

Not only do the Phillies have Papelbon, who has cleared waivers, available, but they are said to be shopping left-handed set up man Antonio Bastardo. (Although his waiver status hasn’t been disclosed.)

Both those pitchers would have made a lot more sense for the Dodgers and their current needs than Hernandez. Although they obviously would have cost more, too.

(Ah, this may explain the Dodgers’ interest.) 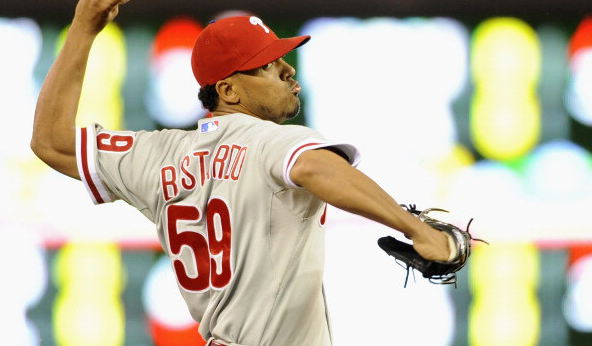