Neal Cotts Has Been Claimed On Waivers 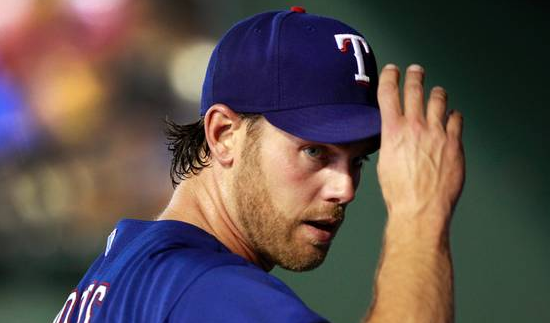 Texas relief pitcher Neal Cotts has been claimed on revocable waivers. The left hander’s waiver period expired yesterday, according to CBS Sports Jon Heyman, meaning the Rangers have about a day to either trade Cotts to the unknown team that claimed him, do nothing and allow the unknown team claiming team to assume the roughly 500K left on Cotts’ contract, or pull Cotts off of the waivers and retain him.

It would behoove the Rangers, who unexpectedly have the worst record in the league, to work out a trade. Cotts, who will be a free agent after the season, hasn’t been quite as good as he was in 2013, when he posted a 1.11 ERA in 57 innings after a three-year hiatus from the Big Leagues. Still, the 34-year old has been effective this year, with a 3.48 ERA and a 3.17 FIP and would be of use to a contender like the Tigers or Dodgers who have problems in their bullpen. (But again, we don’t know who claimed him.)

Given that the Phillies were able to get a pretty decent prospect as their first of two players-to-be-named-later in their waiver deal of Roberto Hernandez to the Dodgers, the Rangers can expect to get at least one useful player for Cotts if they can work out a deal.

Rangers players who have cleared waivers, and are now clear to be traded to any team in either league, include Elvis Andrus, Alex Rios, Yu Darvish and Adrian Beltre.

While everyone expected Andrus and Rios to make it through, the lack of claims on Beltre and particularly Darvish are surprising. It’s possible that no team believed the Rangers would trade their ace Darvish (who also happens to be injured) or Beltre, their future Hall of Fame third baseman who’s playing some of the best baseball of his career at age 35 despite the Rangers struggles.