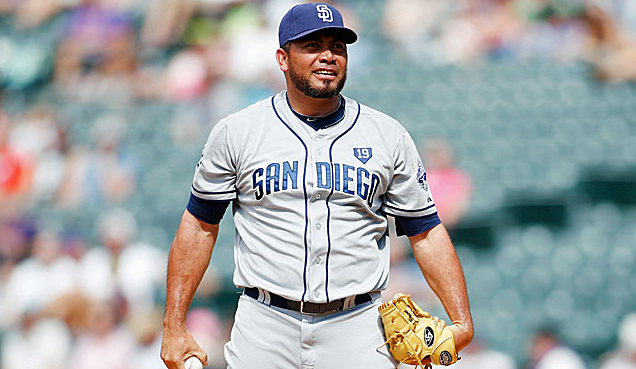 Since winning 92 games in 2010, the Padres have been a non-factor in the National League East. Their poor play cost GM Josh Brynes his job in June, and this year’s deadline sell off will be conducted by the three-headed interim co-GM beast of A.J. Hinch, Omar Minaya and Fred Uhlman jr.

The beast passed it’s first test with flying colors, flipping closer Huston Street and minor leaguer Trevor Gott for a four player haul including three of the Angles best prospects. Then Chase Headley netted from the Yankees the versatile and sort-of-interesting Yangervis Solarte and live-armed minor leaguer Rafael De Paula. Not quite a coup, but not so bad. More moves are likely to come and we run down the Padres most likely to go.

Infield
Three of San Diego’s starting infielders, Yonder Alfonso, Jedd Gyorko and Everth Cabrera are currently on the disabled list. Even if they were healthy, there wouldn’t be much of a market for them since they just can’t hit.  Catcher Yasmani Grandal hits well for a backstop (and a Padres) but he’s young and cost-controlled and, anyway, his poor defense doesn’t make him particularly valuable at this point. He’s not going anywhere.

Outfield
The Padres would like to get whatever they can for Chris Denorfia since he’s a free agent in the off-season and they don’t plan on resigning him. In continuing with the theme, he’s having a lousy year. However he was pretty good in the previous four, and his ability to play all three outfield positions and wear out lefties might be able to net San Diego something about more than equipment.

Like Denorfia, Will Venable is having a rough year, but can play all over the outfield and has been good in the past. The $4.25 million owed to him in 2015 might scare off some clubs. Carlos Quentin is always injured, owed eight million in ’15 with a $3 million buyout in ’16 and is hitting well below .200. If the Padres had a 100 co-GMs the couldn’t trade that. Cameron Maybin, who’s currently facing a drug suspension, can’t hit at all and is still owed at least $16 million over the next two seasons  would seem almost as hard a sell.

Seth Smith, who is having the best year of his career, could actually pull something decent in a deal. The Padres also just inked him to a two year extension, so a trade seems unlikely. However they could use their unsettled front office situation as an excuse for the quick change strategy. 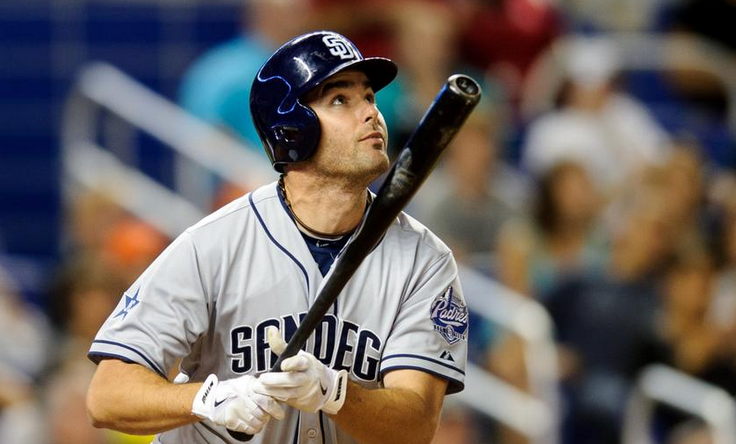 Pitching
Ian Kennedy is averaging more than a K an inning, almost won a Cy Young not too long ago and is team controlled through 2015. The Pirates, Yankkes and Royals scouted him recently, and it wouldn’t surprise us if he’s dealt. The Padres probably want to keep Tyson Ross, who’s having a fine year, and build around him. Same with the currently disabled Andrew Cashner, who’s finally growing in to his fastball. Not much value in the rest of San Diego’s starting staff.

Bullpen
The Padres would like to get as much for Joaquin Benoit as they did for Street. In many ways this makes sense. Benoit is as good as Street, and similarly cost controlled. However he hasn’t spent nearly as much time as Street with the magic C next to his name and, anyway, the general consensus is the Angels overpaid for Street. Benoit should still get something, and even half of the Street haul wouldn’t be so bad.

Dale Thayer could also be of some value to a contender, but now we’ve entered into the highly uninteresting world of transaction involving middle relief pitchers.

What will happen
The Padres would be happy to deal anybody on their roster not named Smith, Ross or Cashner. With Street and Headley gone, we see Benoit going for something decent and Denorfia for something.