Tino Martinez, Of All People, Is Getting a Plaque at Monument Park 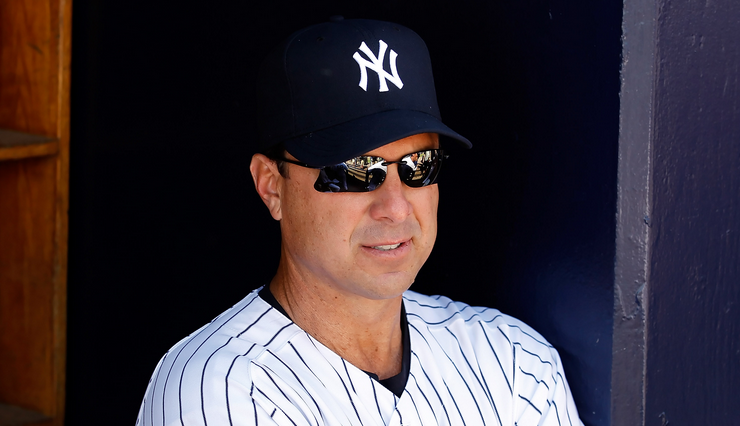 Yesterday, the New York Yankees announced that Goose Goosage, Joe Torre, Paul O’Neill and Tino Martinez will each be getting a plaque in Monument Park —  essentially the team’s Hall of Fame — in 2014. One of these things is not like the other.

That thing would be Tino Martinez. A nice player, no doubt. Maybe a franchise Hall of Famer if he had played more of his career with Seattle, his first team. But for the Yankees … here is a list of the other players enshrined with a Yankee Stadium plaque:

If you haven’t heard of any of those names, it’s because they were an early team owner or administrator or you’re not much of a baseball fan.

Granted, Martinez did have success in pinstripes. He topped 100 RBIs in five of the six years during his first Yankees run and almost won the MVP in 1997, when he hit 44 homers and drove in 141. New York also snagged four World Series titles during Tino’s time manning first base.

While that sounds fine and good, one has to remember that between 1996 and 2001 offense was exploding everywhere. Martinez may have averaged .279 with 29 home runs and 115 RBIs over that time period but for a first baseman those numbers were actually pretty average.

Steven Goldman of SB Nation prepared this chart comparing Martinez to the other first baseman of the era:

As you can see, Martinez doesn’t rank so highly on the chart, which only includes time spent at first base. (DH stats don’t count.) And that’s not even the half of it. Goldman doesn’t list Mark McGwire, Rafael Palmeiro, Jason Giambi and Jeff Bagwell because of steroid implications and Todd Helton and Andres Galarraga because their numbers were juiced by the thin air of Colorado. Throw those guys in the mix and Tino is suddenly below average compared to his peers.

Here is another anti-Martinez gem Goldman turned up: Martinez trails current Yankee and Monument Park long shot (to the say the least) Brett Gardner in career WAR as a Yankee.

Of course statistics don’t tell the whole story. Martinez was an extremely popular player, and part of the greatest dynasty of our time. Since we’re not soulless actuaries that counts for something.

But then why isn’t Tony Lazzeri in Monument Park? The second baseman won five World Series with Yankees, was a fan-favorite, was part of the legendary 1927 “Murders Row” line up, and was baseball’s first Italian-American star. On top of all of that, he’s in baseball’s Hall of Fame.

Because of the Bronx Bomber’s storied history, it’s possible a Yankee could be in Cooperstown without having a plaque in Monument Park. Cooperstown does have a lot more space.

However, that stops making sense when Martinez, who has no shot at Cooperstown, gets such an honor. (Or Paul O’Neill, for that matter.)

We guess the key here is the Yanks might be able to sell out the ballpark on Tino Martinez day. Whereas poor Lazzeri’s been dead way too long to boast attendance.