How To Use Sabermetrics in Fantasy Baseball 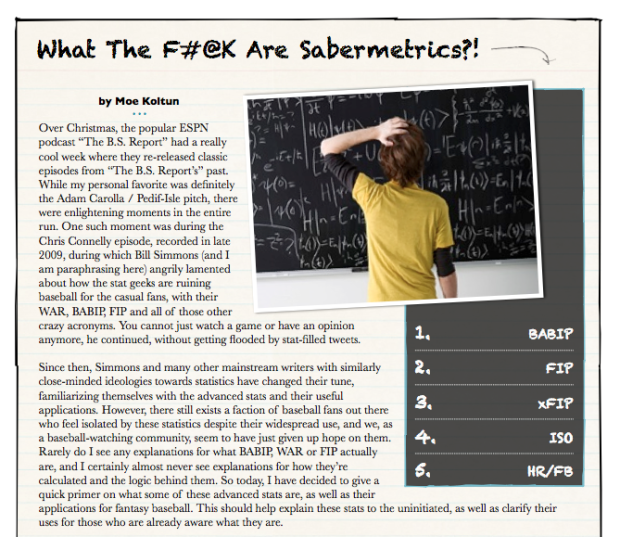 Sabermetrics is revolutionizing how baseball is played and understand. New statistics which measure the total worth of a player and help to predict what that player will do in the future have helped baseball executives like Andrew Friedman in Tampa Bay and Billy Beane in Oakland assemble competitive teams despite the constraints of small market payrolls.

While that is all fine and good for the Rays and A’s and their depleted fan bases, you might be wondering “what can sabermetrics do for me?” Well, if you play fantasy baseball, they can do a whole lot. In this article we will discuss two fairly simple sabermetric principles and how they can help you win your fantasy league.

Or, actually, it’s really just one principle. The idea that there are only three true outcomes during an at-bat — a strikeout, a walk (or HBP) or a home run.  And anything else that happens during plate appearance is subject to a good degree of luck.

Let’s start with a statistic called BABIP or batting average balls in play. It’s calculation is simple enough: it’s the percentage of hits vs. outs a player gets when he doesn’t strikeout, walk or hit a homerun. 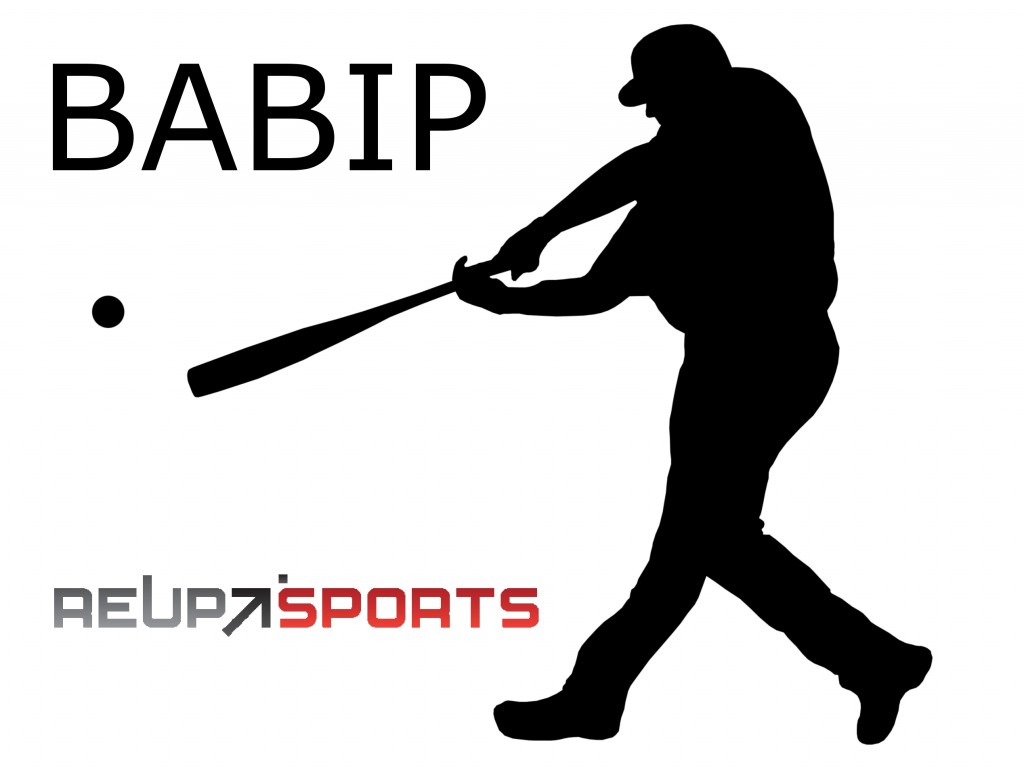 The average BABIP for a major leaguer is right at .300. If a player is fast (infield hits) and/or has a good line drive percentage (harder to catch) he should have a higher than average BABIP. The opposite is true for a player with less speed and less ability to square the ball.

So a good BABIP isn’t necessarily a function of luck. However if a player’s BABIP fluctuates widely from one year to another, causing a corresponding big jump up or down in batting average, this can suggest the BABIP variation was based more on luck than a change in skill.

Not only is this latest BABIP out of sorts with his previous career numbers, but .400 is an extraordinarily high BABIP for anyone to have, particularly a player who had previously been a solid but not spectacular average hitter. What this aberration in BABIP suggests is that during the fourth season the player in question got lucky on batted balls — ie more pop ups that landed between outfielders, dribblers that got through the infield, or even a higher percentage of hard line drives that didn’t frustratingly find a glove.

And thus in that player’s next season he would be even more due for the dreaded regression to the mean than usual. 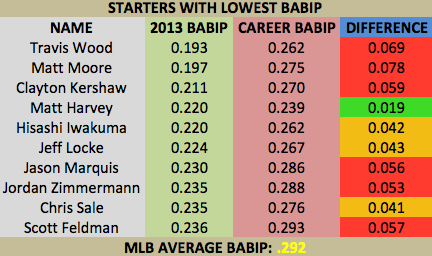 This is where you should apply sabermetrics to your fantasy draft or auction. While your opponents may value this hypothetical player as the .337 hitter he was the year before, you know that he is more likely to be a .280 hitter going forward, and you can value him accordingly and more accurately.

Likewise, if a player has a large one year dip in BABIP (and batting average) that isn’t the result of aging or a lingering injury this is a player you want to target in your draft because he is likely to rebound and produce more value than the other players you could have snagged at the same price or draft position.

The concept of three true outcomes also applies to pitchers. Here the relevant sabermetric stat is FIP or Fielding Independent Pitching. FIP is a bit more complicated to calculate than BABIP, but you don’t need to know its formula to use it for your fantasy benefit.

So let’s backtrack a little. What FIP is measuring is what a pitcher’s expected ERA would be if only his strikeout, walks and home runs — those three true outcomes — are considered, and everything else is held to the league average on batted balls. Sabermetricians believe that a pitcher has no control over what happens to a batted ball that isn’t a home run. So FIP aims not to punish (or reward) a pitcher for bad fielding or the same “luck” on batted balls that causes a hitter’s BABIP to fluctuate.

Now using FIP to value a pitcher for a fantasy purposes isn’t quite as cut and dry as using BABIP to value a hitter. The fielders who play behind a pitcher have a lot to with his FIP and if he hasn’t switched teams in the off-season he is likely dealing with the same quality (or lack of quality) defense as he did the year before.

Nevertheless, a good chunk of what FIP is measuring is just the random luck of where pop flies drop, etc. So when a pitcher has a big discrepancy between his FIP and ERA this is something you should be mindful of during a draft or auction, and value accordingly.

The best place to find sabermetric stats such as FIP and BABIP is Fangraphs.com, where they are prominently displayed and easily sortable.

As sabermetrics become more and more popular, more and more fantasy players will apply these techniques and they will no longer be an effective way to gain an advantage on draft day.

But they should work for now. And make sure to stay on top of the latest developments in Baseball Sabermetrics — they might just be what wins your fantasy league five years in the future. 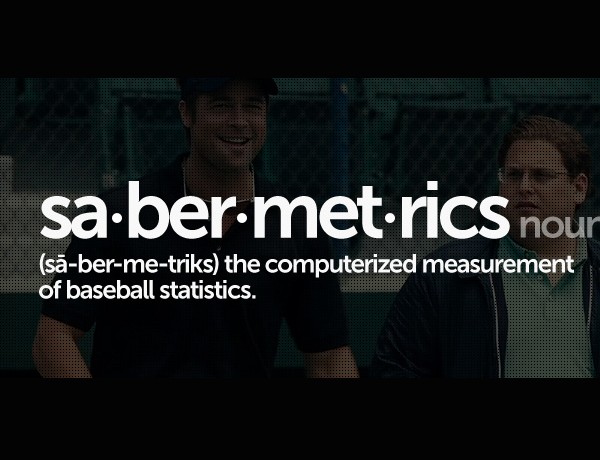