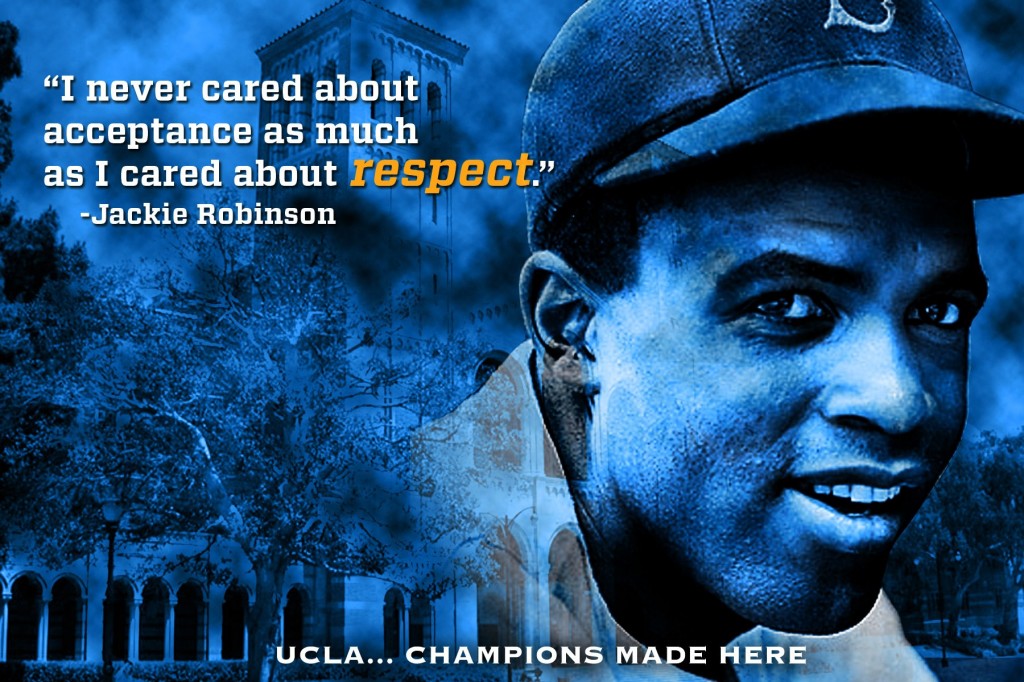 On July 8 1949 MLB had their fourth and fifth African American players when Monte Irvin and Hank Thompson joined the New York Giants. By the mid-50s most big league teams had at least one black player. There were, however, some hold outs. The New York Yankees didn’t have an African American player until catcher Elston Howard made the team for the 1955 season. Although the iconic club had had other candidates to integrate the team in the past, the story goes that ownership was waiting for a player that they believed had the right personality to be the ground breaker. It wasn’t until 1957 that the Philadelphia Phillies had their first African American Baseball player, John Kennedy (obviously no relation to the-then Massachusetts Senator), and the Detroit Tigers didn’t integrate until Ozzie Virgil Sr. joined the team in 1958.

Some historians cite Fleet Walker, not Jackie Robinson, as the first African American Baseball player. Walker, who had played varsity baseball at the University of Michigan in the 1880s, was on the roster of of the Toledo Blue Stockings as a backup catcher during the 1884 season. The American Association, the league in which the Blue Stockings played, ceased to exist in 1891. But at the time it may have been considered Major League baseball — although there wasn’t as strict a delineation between the major and minor leagues back then.

In the late 1880’s all major and minor league baseball organization entered into a gentleman’s agreement not to sign black players. This “color line” existed almost 60 years with black players eventually forced in to Negro Leagues so they could participate in the sport professionally. 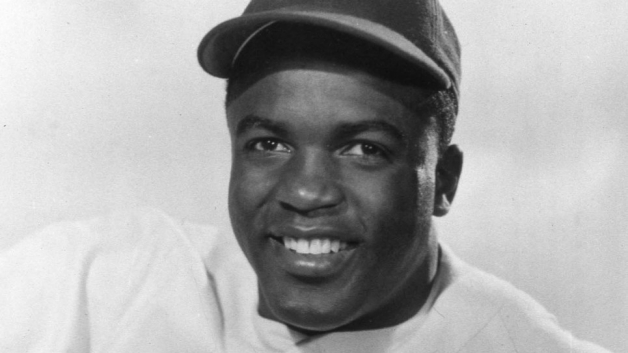 It would be Jackie Robinson who would finally break this color line. Robinson was suburb athlete, having been the first person to ever letter in four sports — football, basketball, baseball and track — at UCLA.

In fact, baseball was by far his weakest of sports. At UCLA, Robinson hit a paltry .097 in his only season of varsity ball. (He did, however, show early signs of his flair for the dramatic by stealing home twice.)

It seemed Robinson was headed for a career in football, joining up with the Los Angeles Bulldogs of the Pacific Coast Football year after he graduated from college in 1941. But World War 2 interrupted his nascent football experiment as he was drafted into the army in 1942.
When he left the military in 1945, Robinson joined up with the Kansas City Monarchs of the Negro League for a hefty contract of $400 a month ($5000 a month in today’s money.) There his baseball skills started to shine as he hit .387 and played a sterling shortstop.

In the mid-40s Branch Rickey, the president and general manager of the Brooklyn Dodgers, had been looking for an African American who would integrate both the Dodgers and Major League Baseball. He chose Robinson because he believed the thick skinned speedster had “enough guts not to fight back” from the racial abuse he believed Robinson would suffer from those who wanted to keep big league baseball white.

After signing Robinson, Rickey sent him to the Montreal Royals, Brooklyn’s Triple-A affiliate. Robinson would hit .349 for the Royals during the 1946 season. The Royals would also go onto break most minor league attendance records that year. Love him or hate him, there was no doubt Jackie Robinson was a draw. 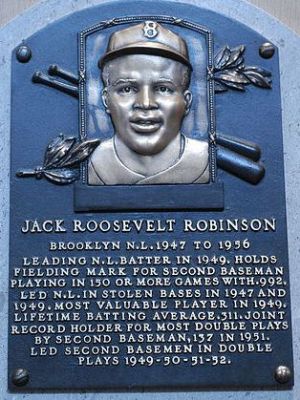 Robinson would be called up to the big club in 1947, finally breaking baseball’s color barrier. The 28 year old would hit. 297 and steal a league high 29 bases on the way to winning Rookie of The Year. His best season would come in 1949 when he hit .342 stole 37 bases drove in 126 runs and won his league’s Most Valuable Player.

Robinson retired in 1956, having made seven All-Star teams, mostly as a second baseman, and having led the Dodgers to five World Series. (Although the team only won one.)

He was elected to the Hall of Fame on his first ballot in 1962. Because his counting statistics don’t match up to most Hall of Famers, even when you account for his late start, it may have seemed his enshrinement had as much to do with his status as a pioneer than his play on the field. However more modern sabermetric oriented ways of evaluating player performance suggests Robinson was one of the most dominant players of his time, and would probably deserve to make the Hall of Fame just on the merits of his baseball performance.

But, of course, the off the field stuff matters to. The integration of baseball wasn’t just a big deal for the sport — or for sports in general. It stands as a watershed moment in American history.

For this reason on April 15, 1997, the fiftieth anniversary of Robinson breaking the color line, Robinson’s jersey number of 42 was retired throughout all of baseball.

However there was a grandfather clause for players who were already wearing the number. So Robinson’s uniform digits weren’t completely retired until the end of the 2013 season when legendary closer and longtime wearer of number 42 Mariano Rivera stepped away from the game.

As testament to the lingering significance of Jackie Robinson and his story, the 2013 Robinson biopic “42” made $ 27.3 million during its opening weekend, the most ever by a baseball-themed movie. 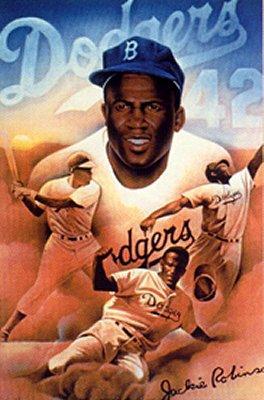