Baseball Poems (The Meaning of Casey At The Bat) 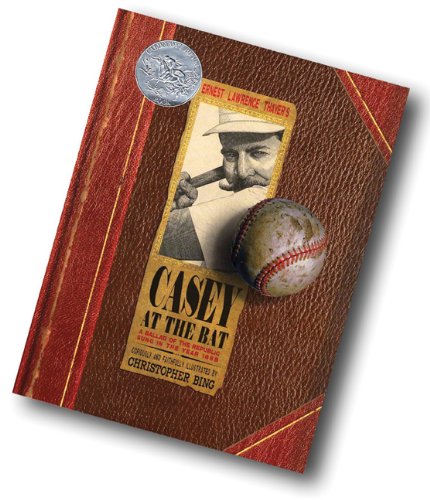 The Ernest Thayer poem “Casey at the Bat” is the most famous of all baseball poems and one better known poems of any kind in American history.

Using the pen name “Phin,” Thayer published the verses (full name “”Casey at the Bat: A Ballad of the Republic Sung in the Year 1888”) in the San Francisco Chronicle on June 3, 1888.

Actor/singer/comedian DeWolf Hopper later popularized “Casey at the Bat in his vaudeville routine and over the years performers from Jackie Gleason to Elliott Gould to James Earl Jones to Penn and Teller and even Homer Simpson have put their own unique spin on Thayer’s now immortal words.

Casey is believed to be based on Mike “King” Kelly, the first real baseball star and the $10,000 beauty,” thanks to the the then-unfathomable sum of money the Boston Beaneaters had paid to buy Kelly from the Chicago White Stockings in 1887. 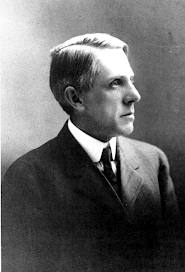 Other clues that Casey is Kelly are that Thayer covered Kelly during his 1887 exhibition tour of San Francisco, and that the name Casey implies an Irish ancestry, which could be construed as reference to Kelly being Irish.

If Casey is “King” Kelly that would seen to make Mudville Boston.

However two other Massachusetts cities, Holliston (which has a neighborhood called Mudville) and Worcester (where Thayer grew up), have both long claimed to be the real Mudville.

As for Thayer, he always insisted that the poem “has no basis in fact.”

The complete poem is below. Between each stanza we’ve explained what is going on, as the archaic language of the 19th century may be a bit confusing to some readers.

The outlook wasn’t brilliant for the Mudville nine that day;
The score stood four to two, with but one inning more to play,
And then when Cooney died at first, and Barrows did the same,
A pall-like silence fell upon the patrons of the game.

(We know it’s the bottom of the ninth because Mudville is the home team and there is only an inning left. After Cooney and Barrows both ground out, the Mudville nine are one out away from losing four to two, and they have no runners on base.)

A straggling few got up to go in deep despair. The rest
Clung to that hope which springs eternal in the human breast;
They thought, “If only Casey could but get a whack at that–
We’d put up even money now, with Casey at the bat.”

(Casey was Mudville’s best hitter, and the remaining fans — some had already left — were hoping against hope that Casey would get a chance to hit and tie or win the game. In fact, the crowd believed if they could get Casey to the plate they’d have a 50 percent chance at victory.)

But Flynn preceded Casey, as did also Jimmy Blake,
And the former was a hoodoo, while the latter was a cake;
So upon that stricken multitude grim melancholy sat,
For there seemed but little chance of Casey getting to the bat.

Flynn let drive a single, to the wonderment of all,
And Blake, the much despised, tore the cover off the ball;
And when the dust had lifted, and men saw what had occurred,
There was Jimmy safe at second and Flynn a-hugging third.

(Much to the surprise of the crowd and both teams, Flynn was able to hit a single and then Blake followed with a double. This left runners on second and third base.)

Then from five thousand throats and more there rose a lusty yell;
It rumbled through the valley, it rattled in the dell;
It pounded on the mountain and recoiled upon the flat,
For Casey, mighty Casey, was advancing to the bat.

(Since Flynn and Blake had reached bases, Casey would get to bat. The crowd celebrated this by letting out a thunderous cheer.)

There was ease in Casey’s manner as he stepped into his place;
There was pride in Casey’s bearing and a smile lit Casey’s face.
And when, responding to the cheers, he lightly doffed his hat,
No stranger in the crowd could doubt ’twas Casey at the bat.

(Upon strolling to the batter’s Casey acted very confidently. Smiling and tipping his cap to the cheering crowd. Casey is clearly a man who expects to perform in a pressure situation.)

Ten thousand eyes were on him as he rubbed his hands with dirt;
Five thousand tongues applauded when he wiped them on his shirt;
Then while the writhing pitcher ground the ball into his hip,
Defiance flashed in Casey’s eye, a sneer curled Casey’s lip.

(Casey is a showman, and his mannerisms upon reaching the plate just encouraged the crowd more. He also shows contempt for the opposing pitcher with a sneer.)

And now the leather-covered sphere came hurtling through the air,
And Casey stood a-watching it in haughty grandeur there.
Close by the sturdy batsman the ball unheeded sped–
“That ain’t my style,” said Casey. “Strike one!” the umpire said.

(Casey takes the first pitch, a strike, and he does so with great swagger.)

From the benches, black with people, there went up a muffled roar,
Like the beating of the storm-waves on a stern and distant shore;
“Kill him! Kill the umpire!” shouted some one on the stand;
And it’s likely they’d have killed him had not Casey raised his hand.

(The crowd is furious that the umpire would dare call a strike on Casey. They are so angry it seems like they might rush the field and attack the man in blue. But Casey waves them off. He’s not remotely worried about being down 0-1 in the count and doesn’t think the crowd should be worried about this slight inconvenience either.)

With a smile of Christian charity great Casey’s visage shone;
He stilled the rising tumult; he bade the game go on;
He signaled to the pitcher, and once more the dun sphere flew;
But Casey still ignored it, and the umpire said, “Strike two!”

(After Casey is able to calm the crowd, the game goes on. The next pitch comes, and again Casey doesn’t swing. The umpire rules this pitch a strike as well.)

“Fraud!” cried the maddened thousands, and echo answered “Fraud!”
But one scornful look from Casey and the audience was awed.
They saw his face grow stern and cold, they saw his muscles strain,
And they knew that Casey wouldn’t let that ball go by again.

(Again the crowd is in an ump-killing tizzy. But then they notice a change in Casey’s demeanor. No longer is he casually arrogant. Being down 0-2 has made Casey angry and focused. And the crowd figures a more motivated Casey is sure to deliver in the clutch.)

The sneer has fled from Casey’s lip, his teeth are clenched in hate;
He pounds with cruel violence his bat upon the plate.
And now the pitcher holds the ball, and now he lets it go.
And now the air is shattered by the force of Casey’s blow.

(Casey is furious. The two called strikes are an affront to him and his talent. So when the third pitch comes he swings as hard as he can. And misses.)

Oh, somewhere in this favored land the sun is shining bright;
The band is playing somewhere, and somewhere hearts are light,
And somewhere men are laughing, and little children shout;
But there is no joy in Mudville–great Casey has struck out.

(Casey has struck out on three pitches and the game is over. A single would have tied the game and a homer would have won it. But instead Casey choked, sending the entire city of Mudville into great despair.) 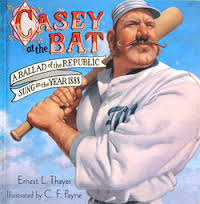