Albert Pujols Tags Up On Lackadaisical Yasiel Puig, Then Mocks Him 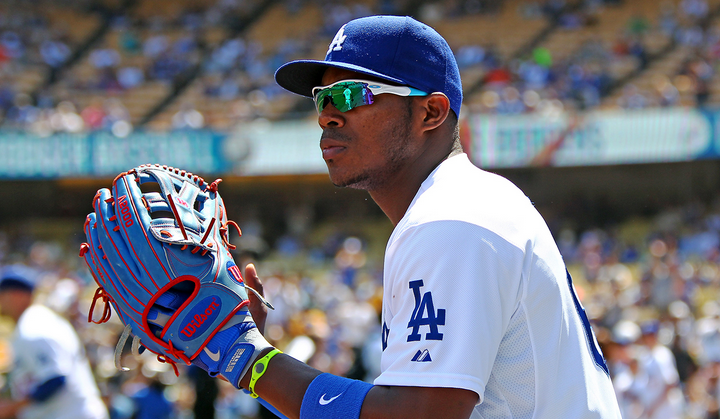 In sports, rule one is keep your eye on the ball. Baseball fielders have an additional, pretty important rule that they always need to follow: keep your eyes on the base runner.

Yasiel Puig received an important lesson in following this rule from willy veteran Albert Pujols last night in the kickoff off the Dodgers/Angels freeway series, won by the Angels 5-0.

Pujols has such bad feet that last year he could barely run, and was recently victimized at first base twice by Manny Machado‘s laser arm. Nevertheless when he saw Puig — who also has a laser arm – nonchalantly catch a Josh Hamiliton flyball to center he tagged up from first base and then lumbered toward second, easily beating the napping Puig’s throw. When Erick Ayber flew out to Puig on the next play, the 23-year old — clearly embarrassed that Pujols had just shown him up — motioned for Pujols to just try and take third.

The three-time MVP wouldn’t take the bait. Then, when the pair passed each other on their way back to the dugout, they exchanged words. After that, Pujols was seen mocking Puig with gestures and a facial expression captured in this GIF:

Post-game Pujols confirmed any ribbing was of the good-natured variety. It probably also had something to do with Puig and Aybar engaging is a bit of mutual Mutumbo-style finger waving after Puig had tried to double Aybar off of first base a few innings earlier. 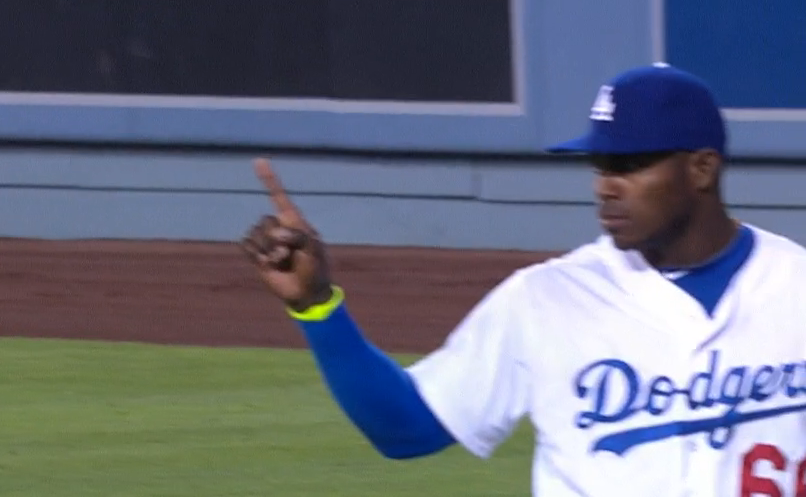 All the antics somewhat obscured a great performance from Angles starter Garrett Richards. The 26-year old tossed a five-hit, 9-K shutout, out-dueling Zack Greinke. Richards is 12-4 with a 2.58 ERA now. As great as Felix Hernandez has been this year we are starting to see some scenarios in which Richards emerges with the American League Cy Young.

With their win, the Angles stayed a game behind the Oakland A’s in the American League West, and are safely in control if the AL’s first wild card spot. Even with the loss, the Dodgers have the best record in the National League.

A freeway World Series would certainly have some intrigue; we’ve been going on about this game and haven’t even mentioned Mike Trout and Clayton Kershaw, the two best players in in baseball.