The Secret Service Threatened To Kill Mr. Met If He Got Too Close To Bill Clinton 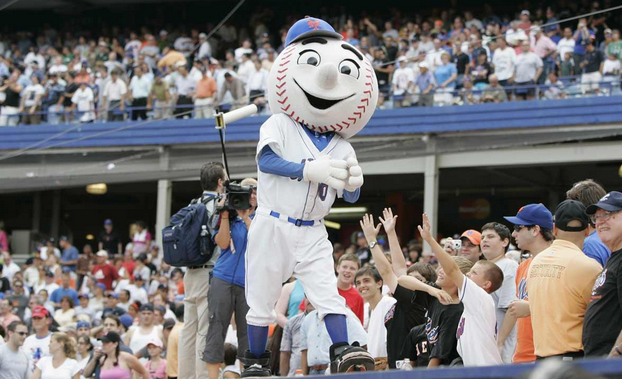 When you hear about the secret service these days, it’s typically a sordid tale of booze, hookers and sleeping one off when they should have been protecting the President.

But it wasn’t always that way. Back in the Clinton administration the man in suits and earpieces displayed a joyless dedication to their craft. They were there to prevent the unthinkable from happening to the world’s most powerful man and they weren’t afraid to strong-arm anyone who might get in the way of their duty.

Anyone including Mr. Met.

Before becoming a writer for ESPN.com, AJ Mass was the man behind the giant baseball head. In his new book, “Yes, It’s Hot in Here: Adventures in the Weird, Woolly World of Sports Mascots,” he writes about the day in 1997 that President Bill Clinton came to Shea Stadium to celebrate the 50th anniversary of Jackie Robinson breaking baseball’s color barrier. Mass decided he would track down the Commander-in-Chief for a memento of the occasion. “It was the holy grail for all mascots,” he writes. “A photo op and meet-and-greet with a sitting President.”

With two female college interns in tow, Mass searched the corridor under the stadium for the President. But when he failed to fit his bulbous baseball head through a metal detector he was stopped by a grim-faced Secret Service agent. “We have snipers all around the stadium, just in case something were to happen,’ the agent told Mass. “Like I said, do whatever it is you normally do. But approach the President, and we go for the kill shot. Are we clear?”

In case the costumed Mass wasn’t quite clear, the agent repeated the threat a couple times.

Mass wisely decided he would be better off not getting that photo.

While the actions of the agent do seem a little heavy-handed, we can’t ignore the detail about Mr. Met travelling with those two college-aged interns. This was about a year before the whole Monica Lewinsky thing blow up. However, it’s a safe bet Clinton’s secret service agents were aware of the trouble Slick Willy would get himself into when confronted with young females doing unpaid work. Mass couldn’t have known this at the time, but the agent’s actions in keeping Mr. Met and his intern harem away from Clinton do seem a bit more reasonable in hindsight.

Years later, in 2006, Mr. Met was able to get that picture with Clinton.  Although by then Mass was no longer the one behind the faux-leather head. 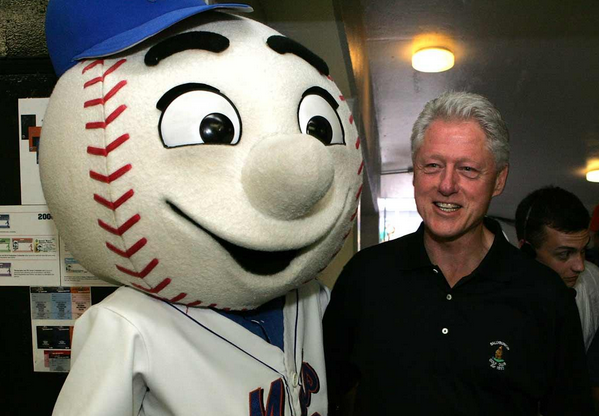