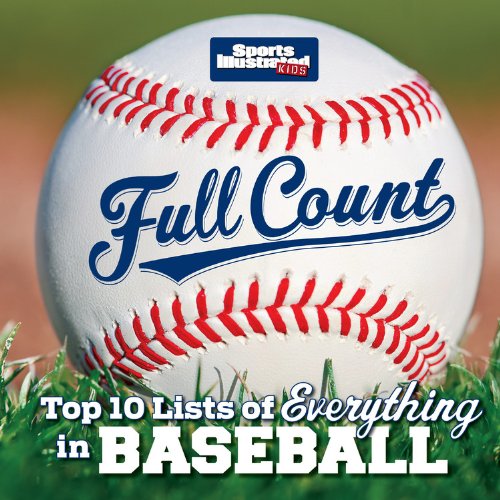 What’s a baseball fan to do in the winter when there none of their favorite sport to watch or to follow. Well, the can always curl up by the fire with a good baseball book. We’ve compiled a list of the ten best books about American Pastime ever written. Check them out below.

The 1973 release is a comical farce based around a fictional semi-pro baseball team playing in the 1940s. There is all sorts of sex, booze and other ribald antics, because this is Roth we are talking about. There is also subplot involving communism and the House Un-American Activities Committee which reflects the time period. Although it is one of Roth’s least known works, the novel was a big hit with critics and is considered by some to be Roth’s comic masterpiece. For his part, Roth has said it’s the most fun he ever had writing a novel.

Sample review: “40 percent of The Great American Novel is out-of-control, the remainder is unmitigated triumph. Roth turned the screw of fantasy and myth one notch higher than others and ended up with a work far truer to the sport: He knew his target, loved it dearly, and knew as well what exaggerations it could withstand.” Baseball writer Daniel Okrent.

Number 9: ‘The Catcher Was A Spy: The Mysterious Life Of Moe Berg’ Nicholas Dawidoff
Moe Berg wasn’t much of a baseball player. But he was a hell of character. The kind you want to write a book about. And when Nicholas Dawidoff set down to do so, he found out that Berg was even more of a character than first thought.

Known for his wit and intelligence as a ball player, Berg, who also had a law degree, retired from baseball in 1939 after a 15-year career mostly as a backup catcher. During the onset of World War II, U.S. government intelligence officials screened film footage Berg had shot during a player’s tour of Japan years earlier. That began a 12 year period in which Berg worked for the CIA.

Berg was the self-aggrandizing type, and Dawidoff tries to separate fact from fiction in his 1995 book ‘The Catcher Was A Spy: The Mysterious Life Of Moe Berg’

Sample review: “The only Major League ballplayer whose baseball card is on display at the headquarters of the CIA, Moe Berg has the singular distinction of having both a 15-year career as a catcher for such teams as the New York Robins and the Chicago White Sox and that of a spy for the OSS during World War II. Here, Dawidoff provides “a careful and sympathetic biography” (Chicago Sun-Times) of this enigmatic man.” 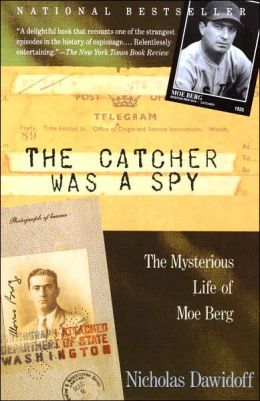 Number 8: ‘October 1964’ David Halberstam
David Halberstam was one of the most important writers of his time and his books on the Vietnam War and the civil rights movement made him rich, famous and a Pulitzer Prize winner. But his real passion was sports, in particular baseball, and ‘October 1964’ ranks among the best baseball books ever written.

Released in 1994, ‘October 1964’ chronicles the 1964 World Series, in which the upstart St. Louis Cardinals of Bob Gibson and Lou Brock defeated the New York Yankees four games to three.

The series was the last hurrah of a Yankee dynasty that had been led by Mickey Mantle, Whitey Ford, Roger Maris and Yogi Berra — who was then the team’s manager and was fired after the series loss. It would also mark the beginning of the leanest period in Yankee history.

Sample review: “Compelling…1964 is a chronicle of the end of a great dynasty and of a game, like the country, on the cusp of enormous change.” Newsweek.

Number 7: Boys of Summer, Roger Kahn
With its long history, baseball is the most nostalgic of American sports. Kahn enthusiastically embraces this sentiment in the classic non-fiction work, ‘The Boys of Summer.’

Released in 1972, the book tells the tale of the Brooklyn Dodgers from World War II to 1955, when “da bums” finally ditched their also-ran status by winning a World Series. Kahn, who had been a fan of the Dodgers since his childhood, writes about Dodger legends Jackie Robinson, Pee Wee Reese, Duke Snider, Carl Furillo and Roy Campanella and also explores a fan’s emotional attachment to the team he follows.

The book was a huge hit upon release and has gone to sell almost three million copies.

The title of the book is taken from the Dylan Thomas poem “I See The Boys of Summer in Their Ruin .” It isn’t related to the 1984 Don Henley song of the same name.

Sample Review: “I cannot conceive that this year, nor next year, nor the year after that, will produce a more important book – a better written one, a more consistently engrossing one than this portrait of the Brooklyn Dodgers of the 1950s, as they were in the sinew and swiftness of their youth and as they are now,” George Frazier, Boston Globe.

The book was instantly controversial, as Wells asserted 25 percent of baseball players took steroids and took swipes at his fellow Yankee pitchers Mike Mussina and Roger Clemens for other reasons. Wells ended up lowering the steroid estimate to 10 percent in the book’s later editions and was fined $100,000 by the Yankees for the distraction the book caused. (He also, ala Charles Barkley, once admitted he hadn’t closely read his “autobiography”)

Nevertheless, “Perfect I’m Not: Boomer On Beer, Brawls, Backaches, And Baseball” is a fun read. It’s been pointed out that Wells is not necessarily the most reliable narrator for his own misadventures, but he certainly gives fans a good look behind the curtain of America’s pastime.

Sample review: Wells’s rollicking memoir of his unlikely journey to the top of the hill at Yankee Stadium reads like Bull Durham rewritten by Ozzy Osbourne and Howard Stern. Publisher’s Weekly.

Number 5: “Moneyball: The Art of Winning At An Unfair Game” Michael Lewis
Unlike the other three major North American sports baseball has no salary cap. This puts small market teams like the Oakland A’s at a distinct disadvantage, as they just don’t have the financial resources to compete with the Dodgers or the Yankees.

The 2003 book “Moneyball: The Art of Winning At An Unfair Game” tells the tale of Oakland A’s general manager and former major league ballplayer Billy Beane. Beane uses an analytical, evidence-based, sabermetric approach to building his team, eschewing traditional statistics such as RBIs and batting average and instead focusing on newer metrics such as on-base percentage and platoon splits.

‘Moneyball’ was a New York Times bestseller, and was later made into an Academy Award nominated movie starring Brad Pitt. Which makes Beane, who is still GM of the A’s, the only current baseball executive to have been portrayed on film by a Hollywood heartthrob.

Sample review: “Lewis chronicles Beane’s life, focusing on his uncanny ability to find and sign the right players. His descriptive writing allows Beane and the others in the lively cast of baseball characters to come alive.” Publisher’s Weekly.

Number 4: “The Natural” Bernard Malamud
In 1949, an obsessed female fan shot Eddie Waitkus, an all-star first baseman with the Chicago Cubs. Waitkus nearly died of his injuries but was able to return to the baseball within the year and continued a successful career.

Bernard Malamud based his 1952 novel “The Natural” on a similar incident, and the title of the book comes from Waitkus’ nickname as a young player, which was “The Natural” However all of the other details of the book are fictionalized, and the bio and timeline of main character Roy Hobbs is distinct from that of Waitkus’.

Malamud actually wasn’t much of a baseball fan, and The Natural is as much of a fable or a morality tale as it is a book about baseball. Still, baseball is pretty central to the plot.

In 1984, ‘The Natural’ was made into a movie starring Robert Redford. Although (double spoiler alert!) in the book Hobbs strikes out in the final scene, whereas in the movie he hits a game winning home run. Malamud has said he was fine with the tweaked Hollywood ending and joked that with such an optimistic finale they could also make “The Natural” into a musical.

Palmeiro, in particular, protested the accusation. However history has now shown everybody Canseco fingered as a steroid cheat has been eventually tied to PEDs. Makes you wonder if the other claims Canseco makes in the book — including that he once ran what would be a world record 3.9 in the 40-yard dash — are true too.

Although Canseco is listed as “Juiced’’s author, anybody who follows his Twitter feed knows he at least had help with the book’s grammar and spelling. And you should follow Canseco’s Twitter feed because it’s quite entertaining. You should also pick up a copy of “Juiced.”

Sample review: “Touted as a Ball Four for the new millennium, Jose Canseco’s Juiced promises to expose not only the rampant use of performance-enhancing substances in baseball (with steroids replacing the amphetamines of Bouton’s day), but the painfully human flaws of its heroes as well.” Amazon.com. 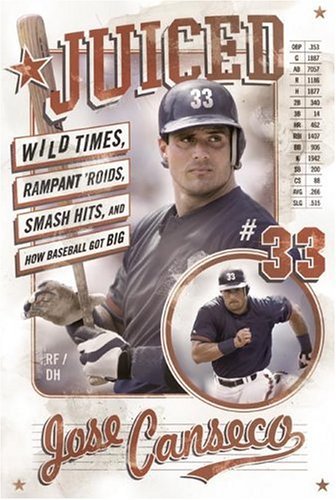 Number 2 “Babe: The Legend Comes To Life” Robert Creamer
Robert Creamer was one of the preeminent baseball writers of his generation and one of Sports Illustrated first hires. So it is appropriate the Creamer would write what most would consider the ultimate biography of Babe Ruth, baseball best ever player and biggest ever personality.

“Babe: The Legend Comes to Life,” reveals the complex man behind the adulation and mythology. Creamer establishes how truly and uniquely dominant Ruth was as a player and also divulges into Ruth’s rough childhood and the Sultan of Swat’s relentless appetite for booze, cigars and woman.

Creamer also spends a good deal of the book’s pages exploring how Red Sox owner Harry Frazee came to sell Ruth from the Boston Red Sox to the New York Yankees in what was the most notorious transaction in sports history and one that changed forever the trajectory of two franchises, if not two entire cities.

Sample review: “It is clear that Babe Ruth has at last found the biographer he deserves in Robert Creamer.” Roger Angell, New York Times.

Number 1: “Ball Four” Jim Bouton
Jim Bouton pitched for the Seattle Pilots in 1969, the only year the team existed. (They eventually became the Milwaukee Brewers.) During that season he kept a diary that became the basis of the 1970 book ‘Ball Four,’ which then-baseball commissioner Bowie Kuhn quickly denounced as “detrimental to baseball.”

What concerned Kuhn was Bouton’s no-holds barred look at baseball culture in the locker room and on the town, which included rampant womanizing and ample use of performance enhancing amphetamines called “greenies.” Bouton, who played on the Yankees for the first seven years of his career, also dished on the Bronx Bombers and was the first to reveal the extent of Mickey Mantle’s now-legendary drinking and late-night carousing.

The book broke baseball code of silence and eventually got Bouton blacklisted from the game. But it also changed the face of not just the sports biography but the way the press covers all the games men get paid to play. “Ball Four” is arguably the most influential sports book ever written and it made Time magazine’s 100 Greatest Non-Fiction Books of All-Time list.

Sample review: “A book deep in the American vein, so deep in fact it is by no means a sports book.” David Halberstam. 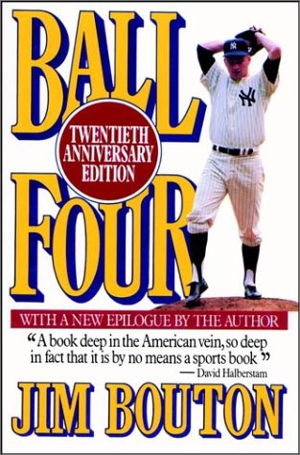