TBS relationship with Major League baseball began in 1972 when Ted Turner, who owned an Atlanta based UHF station that was then called WTCG (an acronym for Watch This Channel Grow), purchased the rights to broadcast Atlanta Braves games.

In 1976 two very important things happened in the history TBS baseball. Ted Turner bought the Atlanta Braves (and the Atlanta Hawks) and he convinced the FCC to allow him to broadcast WTCG to cable providers all over the nation. He re-christened his now-cable station WTBS and gave it the tagline “America’s Super Station.”

The Braves games quickly proved to be TBS most popular programing, regularly pulling in 2.0 Nielsen Rating shares. Turner tried to capitalize on these surprisingly large numbers by dubbing the Braves “America’s Team”

In 1997, TBS began collecting fees from their local cable carriers. This effectively made them a national station rather than a superstition and as such they began leasing some of the advertising spots on their programing to the local carriers. Now that they had less of regional, southern, focus, they started playing fewer and fewer Braves games, eventually just 70 a year.

In 2003, long time Braves Baseball play-by-play men Skip Carey and Pete Van Wieren had their roles paired back and Don Sutton and Joe Simpson had their duties as lead broadcasters expanded. This was done because Carey and Van Wieren were considered homers and TBS wanted Braves baseball to appeal to widest possible national audience. In fact, they also replaced the slogan “Braves Baseball on TBS” with “Major League Baseball on TBS” that year.

However these moves backfired, as apparently most of the folks watching were Braves fans. TBS appeased their furious core-audience by bringing Carey and Van Wieren back full-time in 2004 and changing the slogan back to “Braves Baseball on TBS.” 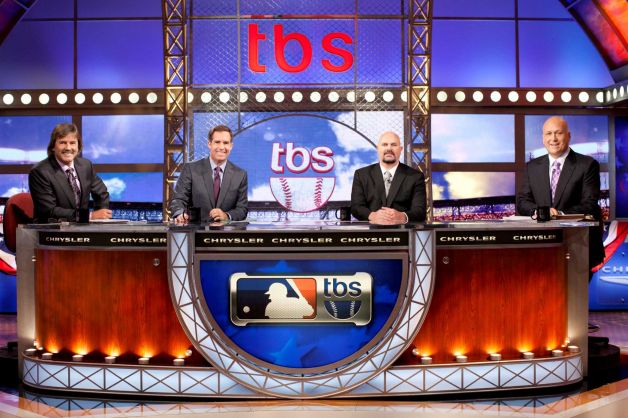 Beginning in 2007 TBS began broadcasting parts of the Division Championship Series and League Championship series on TBS and TNT, another national cable station in the Turner broadcast empire. In 2008 it was decided that their Braves games would only air locally, and TBS began broadcasting a national Sunday game of the week. The Braves could be featured in these games, but their chance of being selected was based and the quality of the match up, which was the same standard for game of the week selection as the other 29 teams.

In 2012 TBS signed a contract with Major League Baseball which will allow it to keep the Sunday afternoon game of the week until 2021. The cable station will also broadcast one Wild Card playoff game, two Division Championship Series and one League Championship Series every year. They will rotate between covering the National League and American League postseasons year-to-year. 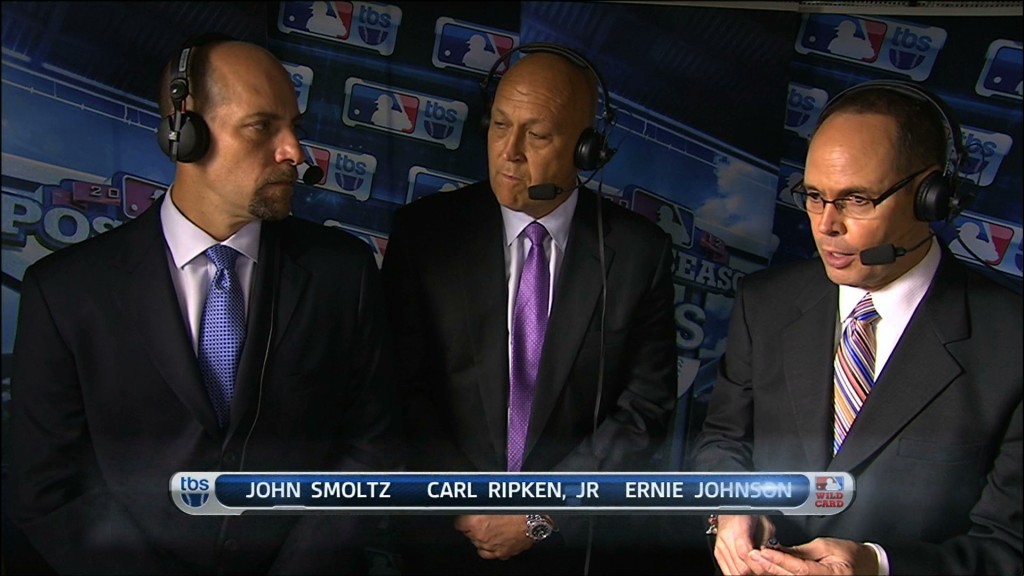