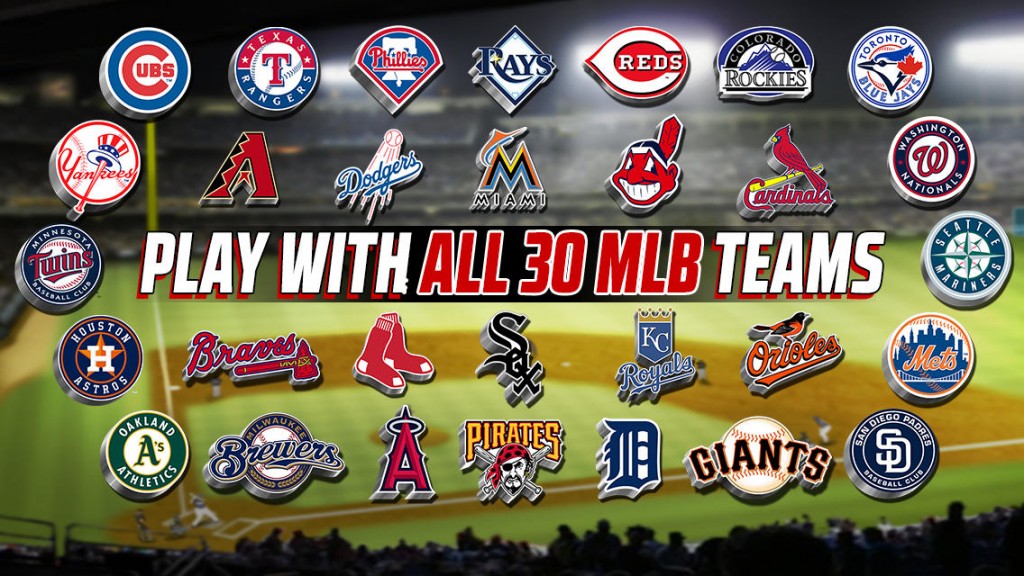 MiniClip baseball is one of the most popular flash video games on the Internet. It was developed by Luke Whitaker and it is free to play. On the website Learn 4 Good over 20,000 players rated Miniclip baseball an 8.9 out of ten. If you are looking for an easy to play, free baseball game on the World Wide Web MiniClip Baseball should be your first stop.

MiniClip can be played in two modes, Bottom of the Ninth and Arcade. In Bottom of the Ninth mode you come up to the plate in that frame, with your team down by a certain number of runs based on the difficulty level. (You’re down two in easy, four in medium, and eight in hard.) In easy level a box indicates the strike zone once the ball is pitched, but in the other two levels you have to make that determination on your own.

During the game play a circular red target marker appears over the plate when the pitcher winds up. That’s where to ball is going to be thrown. As you adjust your bat to hit the ball you will see a swing circle, which is where you are going to swing your bat. You will also see a red box in the field, and that is the area in which you will hit the ball if you make contact. The closer you line up your swing circle to the middle of the target the straighter you will hit the bar. However if you want to hit a homerun you probably want to swing a bit below the middle of the target because that will elevate the ball. (And if you want a ground ball, vice-versa.) 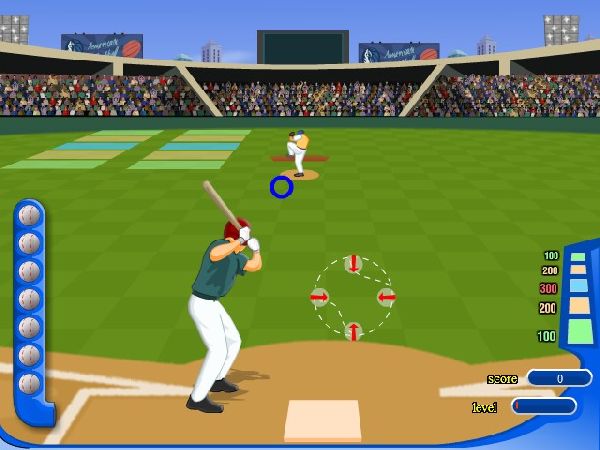 Bottom of the Ninth mode ends when you either pull ahead or make three outs. If you are tied after three outs you repeat the inning.

In Arcade mode the mechanics of hitting are the same as in Bottom of the Ninth mode. But instead of chasing a run total you have ten pitches to accumulate as many points as you can get. You acquire points by hitting the ball to certain areas of the field, which will be indicated right before the pitch. (Here the red box in the field that displays where you are going to hit the ball comes in very handy.)

MiniClip baseball features nice swing mechanics for a flash game, and the roar of the crowd gives it a realistic feel. However there are some big differences between MiniClip baseball and real baseball. For one, the game treats fly balls like ground balls. For example, if you fly out to the center fielder with a runner on first he can throw the runner out by tossing the ball to second.

Other features of MiniClip baseball include the ability to customize your uniform to different colors and put various logos on your bat.

A popular MiniClip baseball cheat is to slide into first base right before a fly ball is caught. If you time it right, the batter isn’t ruled out and the fielders all fall asleep, allowing all of your base runners to circle the bases unmolested.

While that cheat might help you to a high score, we recommend trying to master the game legitimately. It make take a little while — and cost you a lot of work productivity — but it is more satisfying to do it that way. 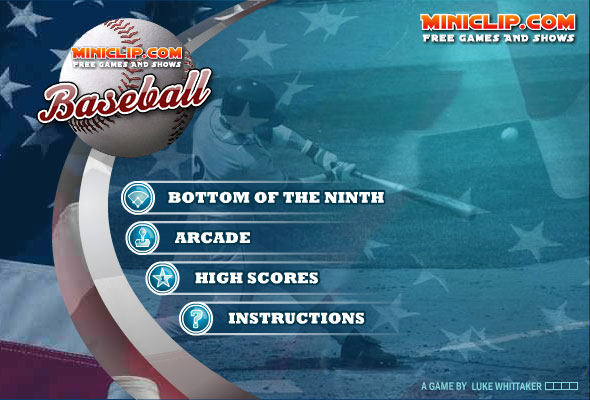