The Most Notorious Baseball Rumors of All-Time

America’s pastime has a rich history of producing some pretty juicy gossip. Check out the five most notorious baseball rumors of all-time.

Number 5: Mike Piazza denies he is gay
People have been speculating upon the sexuality of celebrities ever since there have been celebrities. While a star athlete is less likely to have his sexual preference debated than a singer or movie star, there had always been something about then-New York Mets’ catcher Mike Piazza beefcake metrosexuality that encouraged whispers about his bedroom behavior.

Finally, in 2002, the New York Post put some weight behind the rumors by running this blind item:

“There is a persistent rumor around town that one Mets star who spends a lot of time with pretty models in clubs is actually gay and has started to think about declaring his sexual orientation.”

Since Piazza was the Met who was always being photographed out on the town with models, Playboy Bunnies and other professionally attractive ladies, there was little doubt whom the Post was referring.

In fact, Piazza felt the need to defend his sexuality.

“I’m not gay,” Piazza told the press the day after the blind item ran. “I’m heterosexual. I can’t control what people think. I date women.”

The chatter surrounding what off-the-field team Piazza played for continued after his denial, and was immortalized in the Belle and Sebastian song “Piazza, New York Catcher.”

Word of this strange arrangement did start to leak in spring training and Peterson and Kekich each called a press conference to address and confirm the rumors. The public was not impressed with this most unusual of baseball trades and the pitchers were roundly booed. This seemed to get to Peterson — who had been one of the better pitchers in the American League — and he finished the ’73 season with an 8-15 record

However, the family trade did work for Peterson in the long run. He’s been married to the former Susanne Kekich since the swap. Kekich and Marilyn Peterson never got married and split after a couple of years.

Matt Damon and Ben Affleck have expressed interest in making baseball’s only known wife-swap into a movie. 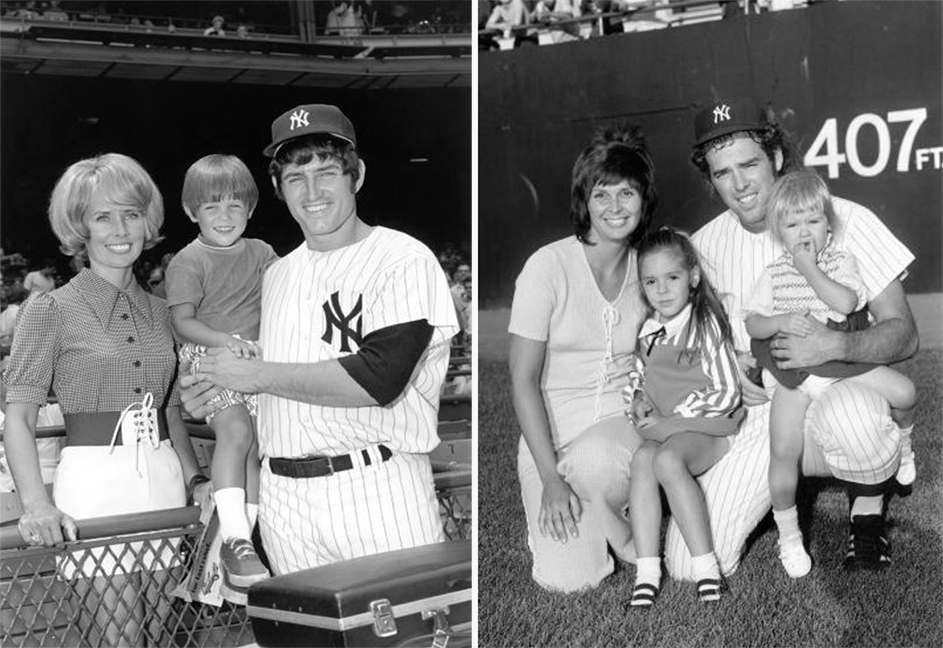 Number 3: Doc Ellis pitches a no-hitter on acid
LSD is a substance banned by both Major League Baseball and the United States government. But you’d hardly classify the hallucinogenic drug as a performance enhancer. Which is why what Pittsburgh Pirates pitcher Doc Ellis did on June 12, 1970 is so impressive.

Ellis was a man who liked to have himself a good time, and the night before a doubleheader between the Pirates and Padres he began taking acid.

He woke up the next morning after an hour of sleep he took more acid, forgetting he was supposed to pitch the night game of the doubleheader until his girlfriend reminded him.

Despite not being able to feel the ball or see his catcher clearly, Ellis pitched a no-hitter. Albeit one with eight walks.

When asked how he was able to do it, Ellis admitted that he took a couple greenies (an amphetamine that was popular among players of that era) right before the game and the speed somewhat offset the effects of the acid. Despite pitching a no-no high on this unique cocktail of drugs, Ellis never again took the mound with LSD in his system. He did, however, continue to use greenies.

Number 2: Rickey Henderson confuses John Olerud with John Olerud
During Rickey Henderson’s 25-year Hall of Fame career, he played for nine different teams, including four separate stints with the Oakland A’s. That’s a lot of teammates, and Rickey was apparently much better at stealing bases than he was remembering faces and names.

During one of his late-career stops with the Mets, he played with John Olerud, who famously wore a batting helmet in the field because he had suffered brain aneurysm in college. When he first saw Olerud in the Mets’ locker room Henderson mentioned that he used to be teammates with another player who wore a helmet in the field

“That was me, we were teammates,” Olerud allegedly responded, before pointing out that they had won a World Series together in Toronto in 1993.

The Henderson/Olerud story circulated for years, with baseball writers, color commentators, and fans using it as evidence of Henderson’s unusual personality.

The only problem is, according to Olerud, the conversation never happened. Although when confronted with the rumor the first baseman did concede “it sure sounds like it could be true.”

Number 1: Joe DiMaggio and Ted Williams were almost traded for each other
Much of the Yankees\Red Sox rivalry is predicated on the Red Sox’s notorious decision to sell Babe Ruth to New York in 1919. Given how one-sided that transaction was, it’s no wonder there hasn’t been a lot of player movement between the two clubs since.

But, rumor has it, in 1947 the teams almost pulled off which would have been the biggest blockbuster in baseball history by trading Joe DiMaggio for Ted Williams.

According to the legend, Red Sox owner Tom Yawkey and Yankees owner Dan Topping agreed to the deal after an evening of drinks at Toots Shor’s. However, knowing they were both a little drunk, they decided not to make it official until a 24 hour sobering up period.

It was Yawkey who backed out, saying he didn’t think DiMaggio was enough for Williams and stipulating the Yankees would have to include “their little left fielder” (Yogi Berra, who later moved behind the plate and became a Hall of Famer) to complete the deal.

Topping balked at the new demand and the trade never happened.

As for how much truth there is to this rumor, there have been multiple credible reports over the years that Yawkey and Topping really did seriously discuss the swap during a drunken evening.