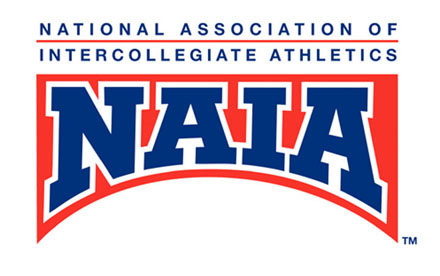 The NAIA stands for the National Association of Intercollegiate Athletics. It is made up of 256 smaller colleges and universities in the United States and two in Canada for a total of 258 members spread out in 22 regional conferences. The NAIA sponsors 23 National Championships, including one in baseball.

The NAIA Baseball World Series has been held every year since 1957. Teams qualify for the World Series by winning one of the nine five-team double elimination regional first round pods. Those nine teams plus the World Series host team then advance to the ten-team double elimination final, which has been held at Harris Field on the Lewis-Clark State campus in Lewiston, Idaho since 2000. In 2013 Faulkner (Alabama) defeated Lewis-Clark State (Idaho) 11-4 to win the NAIA Baseball World Series. The 2014 NAIA World Series will held at Harris Field between May 23 and May 30.

Lewis-Clark State has won the most NAIA Baseball World Series with 16. Grand Canyon (Arizona) has won four, including three in a row between 1980 and 1982. Since the World Series was moved to Lewiston there has been an average attendance of about 2000 a game during the double elimination tournament . The most fans to ever to watch a NAIA Baseball World Series matchup was in 2008 when 5,530 people came out to see Lewis-Clark State defeat Lee University (Tennessee) in the championship game.

The level of competition in NAIA is generally thought to be between that of NCAA D-2 and D-3. However the talent level on NAIA teams varies greatly and top NAIA baseball schools such as Lewis-Clark State and Lee University could probably compete on the Division 1 level. In fact, in 2012 Lewis and Clark split a pair of games against the University of Washington, a better than average D-1 team, and swept a pair of games from Gonzaga, a very competitive D-1 program.

Since NAIA baseball programs don’t have as restrictive academic standards as NCAA’s Division 1 they are often able to attract poor students who would otherwise be division 1 type talent. Additionally transfers between NCAA Division schools typically have to sit out a year. So it isn’t uncommon for a D-1 transfer to instead opt to switch to a NAIA school, which wouldn’t require him to take a year off.

Each NAIA baseball school is able to offer 12 full scholarships which can be divided any way — for example a NAIA school could give out 24 half baseball scholarships — as long as they don’t exceed 12 total. Like with the NCAA, once a player enters into NAIA school he isn’t eligible to be drafted by MLB until after his junior year or when he turns 21, whichever comes first.

In the 2013 Major League Baseball Entry draft 37 NAIA players were drafted by 23 MLB clubs. The earliest NAIA selection was Lee University pitcher Myles Smith who selected by the Boston Red Sox in the fourth round (113th pick.) Overall Lee University had 5 players selected in the draft’s 40 rounds. An average of 44 NAIA players a year have drafted by MLB since 2008. 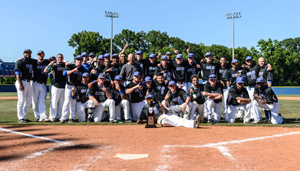