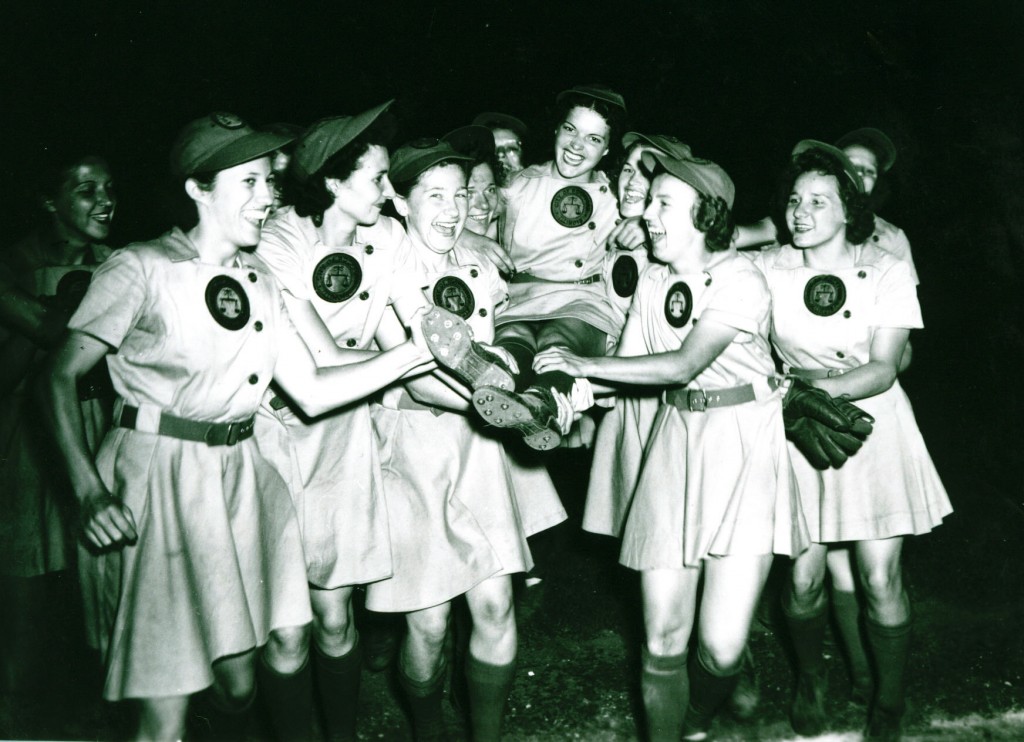 World War 2 was interesting time in baseball history. With top players of the day like Ted Williams, Joe Dimaggio and Hank Greenberg either being drafted into or joining the service Major League baseball began to suffer a pretty serious talent deficit. In fact, by 1943, many major league rosters were hardly recognizable to fans with so many players having been shipped off to either the European or Asian theater. The problem was even worse in the Minor Leagues and many of those feeder teams were disbanded during the war

Some even questioned that there should be professional baseball at all. However that was squashed when President Roosevelt sent his famous “Green Light” letter to Major League commissioner Kenesaw Mountain Landis.

Bubble gum magnate Philip K. Wrigley and a group of Midwestern saw an opportunity in baseball’s precarious wartime situation. Noticing that woman had been filling the factories to take over for the fellows who had been sent overseas, they decided to start a professional women’s baseball league. Wrigley owned the Chicago Cubs as well as the downtown baseball stadium that still bears his family name. He worried what would happen to his bottom line Major League attendance kept falling, with its stars’ overseas, or if Roosevelt changed his mind canceled the season.

The All-American Girls Baseball League could act as a hedge against this possibility.

Calling this new league “baseball” was a bit of a misnomer. Especially at the beginning. The sport that hundreds of woman who made their way to Wrigley Field for the initial tryouts in 1943 were to pioneer actually resembled softball a lot more than it did hardball.

The ball itself was 12 inches in diameter, the size of regulation softball. Instead of 90 feet apart, the bases were 65 feet apart, only five feet longer than a softball field. The mound was only 40 feet from home plate and pitchers threw underhand. Ann Harnett, the first player signed to the league, had not surprisingly been a softball star.

The league did evolve to become baseball like over the years. It was a gradually process, foot-by-foot. For example, while the ladies were eventually required to pitch overhand there was even a one year side-arm transition before that switch was made.

By 1954, the last year of the league, the baseball was the same size as the Major League one and the bases were up to 85 feet apart. The pitcher’s mound was 60 feet away, almost the full 60 feet 6 inches. It stand to reason if the AAGPBL had lasted a few more years it there surely would have been dimension parity with the men.

But, really, it was surprising the league lasted as long as it did. It was plagued with ownership changes and team relocations from the beginning, with only the Rockford Peaches and South Bend Blue Sox surviving all 12 seasons in the same location. There had initially been thoughts of playing AAGPBL games in big league parks in big league cities, but that idea went by the wayside after teams in Minneapolis and Milwaukee quickly failed. So instead the league focused on small to medium sized Midwestern cities such as Peoria and Fort Wayne.

During World War 2 and for a few years after AAPBL games could draw crowds of up to 3000 fans. However those numbers started to decline badly after 1948, as post-war America just kept producing more and more entertainment options.

The 1992 movie “A League of Their Own,” starring Tom Hanks, Geena Davis and Madonna, is a fictionalized account of the All-American Girls Professional Baseball League. The Penny Marshall directed films tells the story of the AAPBL including the league’s notorious “Rules of Conduct,” which aimed to make the players the more ladylike and attractive with makeup requirements and a ban on drinking and smoking in public places.

The film also gave us the classic line “there’s no crying In baseball” and the wisdom of Tom Hanks’ curmudgeonly Jimmy Duggen charter has touched writers like Chris Hamilton. When all is said and done, these may be the AAPBL’s most lasting legacies. 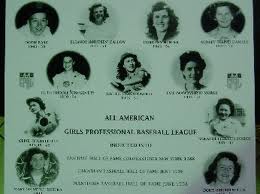