Why You Should Take A Game Approach To Batting Drills

Typically, batting drills take place in either batting practice or batting stations. This is a time honored way of doing things and it has clearly yielded some pretty good results. But that doesn’t mean one shouldn’t try to look outside the box a little bit and try some new types of batting drills

The problem with these old fashion rote drills is that while they may help a player with his mechanics and lead to technical mastery they don’t necessarily transfer into game skills. Often a player can tear the cover off the ball in the cage or is a terror with with tee, but looks weak and feeble when he faces game pitching. This is because the player hasn’t learned how to transfer the skills he has seemingly conquered with traditional batting drills into the tactical situations he will face during game time.

So why not take a game approach to batting drills, meaning try to make the drills as much like a game as possible. Now this doesn’t mean you have to drill with nine fielders, a hitter, and somebody in the on deck circle. By changing the number of players, the scoring system, the size of the field or even the equipment used you can create a competitive baseball environment that hones skills just like you do in the rote drills we are trying to get away from.

The key is that during these “game” drills the coach always has the choice of stopping the play and teaching. Let’s say during a drill about advancing the runner from second to third on a ground ball a player hits the ball to the left side of the infield, which is a no-no in that scenario. The coach can then stop the drill and explain where the player erred. Did he swing at the wrong kind of pitch? Did he get the bat head too far behind his hands?

Then when the player is in a game situation in which he needs to move a runner over to third the drills and the instruction will suddenly come to life so much more than if he had merely been practicing the old fashion rote way, which would probably be hitting the ball the other way off of a tee.

But beyond giving players the tools to deal with real-time baseball scenarios, a game approach to drills is just fun. In short, a game approach to batting drills will help a player with mechanics and coordination and raise his baseball IQ while also being really good time. Sounds like a winner. 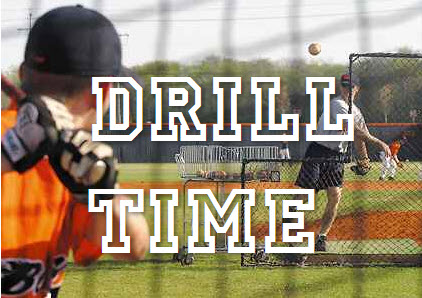