The University of North Carolina has been playing baseball since 1867. They compete on the Division 1 level and have been a member of the Atlantic Coast Conference since 1953. UNC baseball plays at Bryson Field at Boshamer Stadium, a 5000 seat facility in Chapel Hill, North Carolina. Their nickname is the Tar Heels.

UNC baseball has appeared in ten College World Series and 28 NCAA Baseball Tournaments. They have also won ten regular season ACC titles and six Atlantic Coast Conference tournament crowns. UNC baseball is coached by Mike Fox, a former UNC baseball player who has been at the helm since 1998

While UNC baseball played their first game in 1867, a match up against a group of local Raleigh, North Carolina based “all-stars,” that’s a bit deceptive, since they didn’t play their second game until 1891. (Also, the final score of that inaugural game was 34-17 — baseball was a little different back then.)

In 1921 North Carolina became a founder member of the Southern Conference. They started to to see success in 1932 when they hired former Major League pitcher Buddy Hearn as coach and would win six Southern Conference titles during his 15 year tenure. Walter Rabb would take over as head man in 1947 and would be at the helm for 31 years. During that time period UNC baseball would make five NCAA tournaments and four College World Series. They would also move from the Southern Conference to the ACC in 1953.

Mike Roberts would coach the squad between 1978 to 1998. He would make two College World Series appearances and claim five conference titles. During that time period the program would produce Major League stars such as B.J. Shuroff and Walt Weiss. 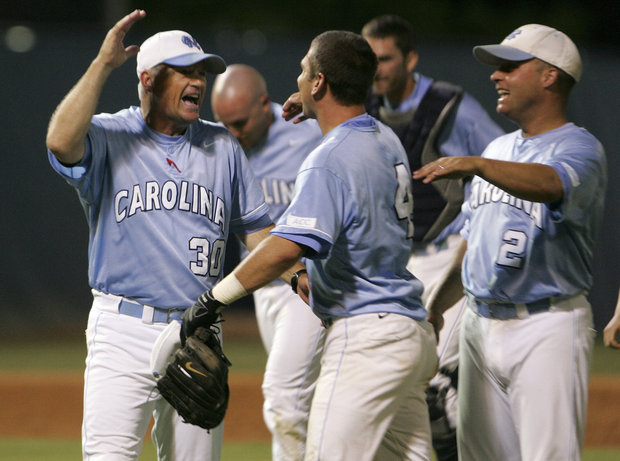 Mike Fox, who had helped UNC baseball to the 1978 College World Series as a player, would be the team’s next and current coach. His tenure has been highlighted by four straight College World Series appearances between 2006 and 2009, with the Tar Heelsl finishing runner up in 2007 and 2008, both times to Oregon State. Seattle Mariners teammates Dustin Ackley and Kyle Seager and New York Mets ace Matt Harvey were the team’s stars during that run.

The Tar Heels made it back to the World Series in 20011 and 2013. However the weren’t able to make it to the title game in 2013, which could be construed as disappointing result since they went into the 2013 NCAA Baseball Championship as the number one overall seed. UNC baseball’s biggest rivalry is probably with NC State, although they have also some history with the South Carolina Gamecocks and the Clemson Tigers. 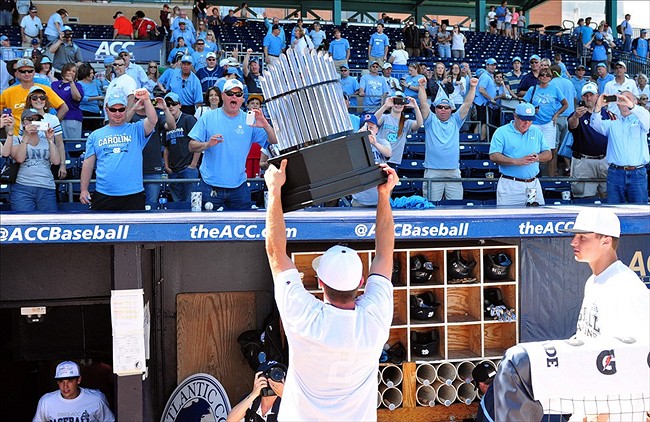