As far age groups go, Super Series Baseball has divisions for 6U, 7U, 8U, 9U, 10U, 11U, 12U, 13U, 14U, 15U, 16U and 17U-18. May 1 is the cut off date for determining the age of a player. All managers must be in possession of birth certificates for each player and are subject to forfeit if they can’t provided these documents upon request. In the National Championship each manager must provide a copy of a government backed proof of birth for each player to compete.

Super Series baseball teams accumulate points by participating in qualifying tournaments which are open to any team that goes through Super Series Baseball’s registration process.

Super Regionals are also open to all teams. Before the tournament begins each team has to declare if they would attend the nationals championship if they were to qualify and then the four top teams that made that stipulation will gain entry to the title tournament. The team that finishes first will get paid entry to the national championship. Teams are also awarded double points for Super Regional victories. 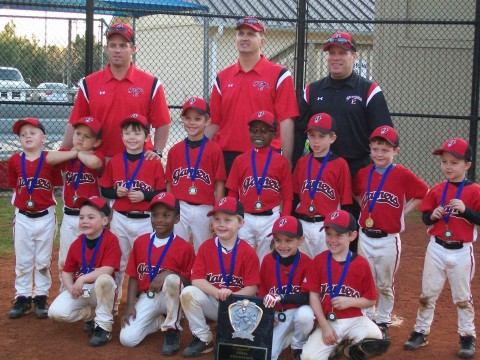 State champions have similar set ups to Super Regionals but they are only open to teams inside that state and award triple points as opposed to double points.

Super Series baseball has two distinct seasons a year, both culminating in a national championship. The spring/summer season runs from January 5th to July 31st and the winter/fall season from August 1 to January 4.

Super Series teams are limited to 18 player rosters and no participant is permitted to be on more than one team. Players can change teams in season with a signed release from their original manager.

Both the spring/summer and winter/fall national championships are held annually at the Blue Diamond Tournaments site in Round Rock, Texas, which is just north of state capital Austin.