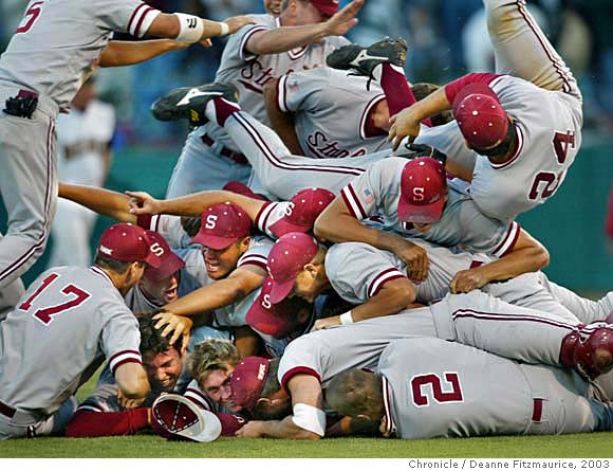 Stanford started playing baseball on the collegiate level in 1892. They are currently in the Pacific-12 conference. Their colors are cardinal red and white and their nickname is The Cardinal. They have played a Klein Field at Sunken Diamond, which seats 4000, since 1931. Stanford has appeared in the College World Series 16 times and the NCAA Championship Tournament 16 times. They have won their conference’s championship 20 times and won back-to-back NCAA titles in 1987 and 1988. Stanford baseball has been coached by Mark Marquess since 1977.

Stanford baseball was middling program at best program for their first 60 years existence. They made their first College World series in 1953, under coach Everett Dean with Jack Shepard and Chuck Essegian as their stars. Stanford Baseball would make the NCAA Tournament twice during the ‘60s under coach Ray Young.

In 1977 Mark Marquess, a former Stanford baseball and football player (who had been freshman roommates with 2012 GOP nominee for President Mitt Romney) got the Cardinal head coach job he still holds. Since then Stanford has been one of the top baseball programs in America.

Their best decade under Marquess was the 80s. During that period they won four conference championships, made NCAA Championship Tournament eight time, the College World Series four times and topped it all off with back-to-back NCAA titles in 1987 and 1988. Key players for Stanford during that era included Jack McDowell, Jeff Ballard, Ed Sprague, Ruben Amaro and Mike Mussina.

Another great era for Stanford baseball was between 1999 and 2003 when they made five straight College World Series and won three Pac-10 championships. Ryan Garko, Eric Bruntlett, Sam Fuld, Carlos Quentin and Jeremy Guthrie were among the stars of those teams.

Although the haven’t quite been as strong in recent years, The Cardinal produced the number one overall pick in the 2013 draft, pitcher Mark Appel who went to the Houston Astros. 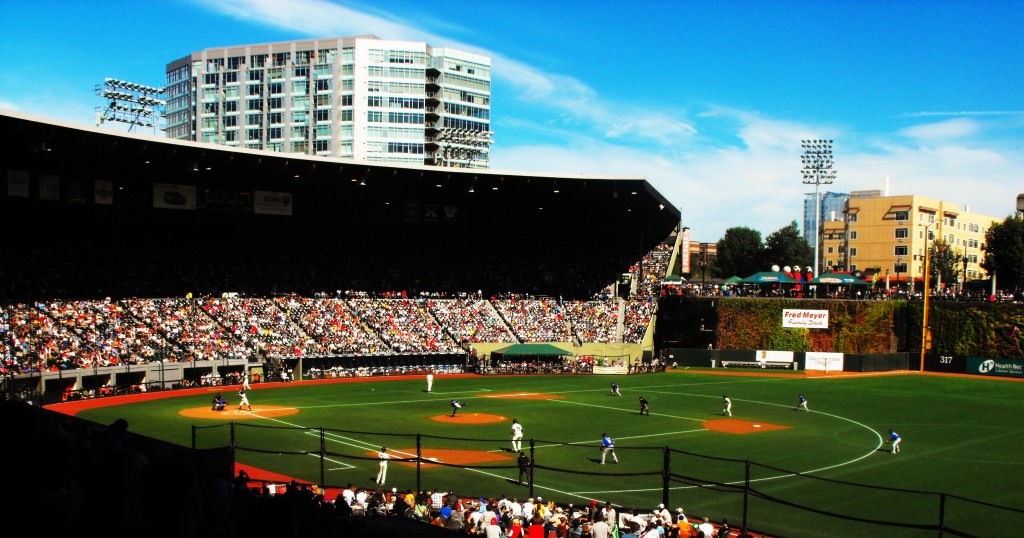 Klein Field, where Stanford baseball plays their home games, is a unique structure with an interesting history. In 1921 when Stanford’s football stadium Stanford Stadium was being built a large extra hole was created as part of the excavation. Ten years later the university created a baseball field in the ditch they called Sunken Diamond. It was renamed Klein Field at Sunken Diamond in 2008 to honor donor Bud Klein. 86 Stanford baseball players have made the Major Leagues. 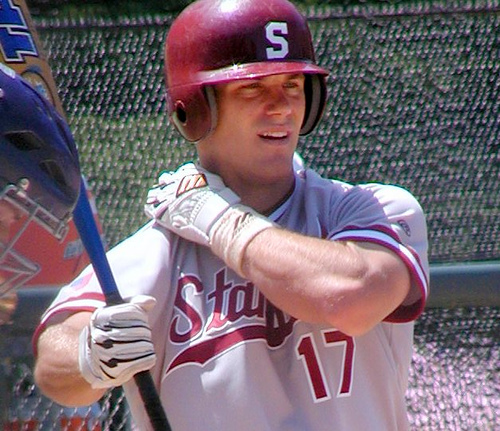 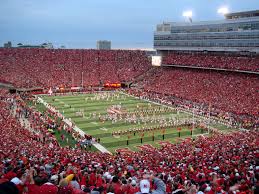