How Major League Baseballs Are Made 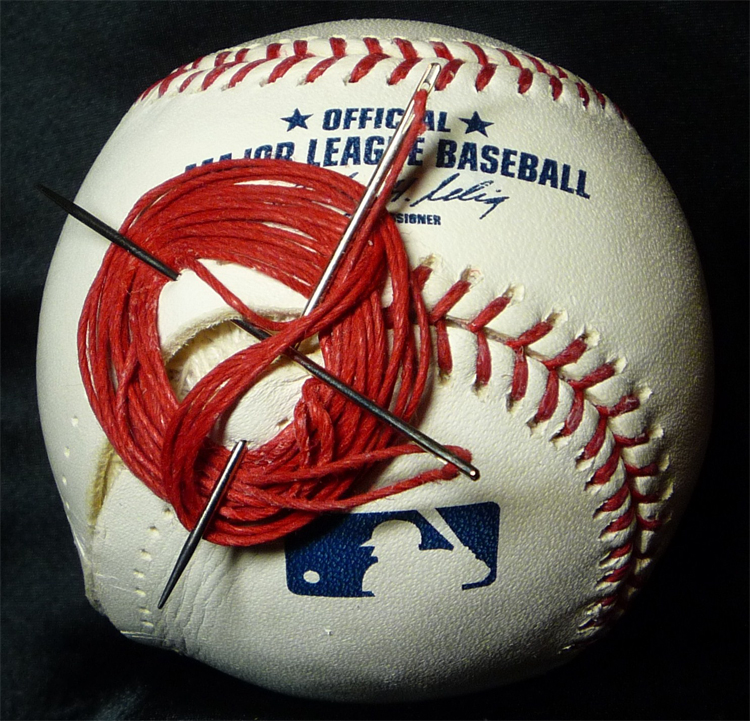 All of the baseballs used in a Major League game are made in a single factory in the Costa Rican town of Turrialba. It’s been that way since the the late ‘80s when Rawlings, the official ball maker of Major League Baseball, moved production to the Central American nation from Haiti, which was suffering government unrest.

The 350 workers at the Turrialba plant work ten hours a day and turn out about 2.4 million baseballs a year. They make $1.60 an hour, above minimum wage in Costa Rica, and get a 52 cent bonus for every ball they complete beyond their 156 ball weekly minimum. Since baseball isn’t very popular in Costa Rica few of the workers know much about the game they are creating essential equipment for. Upon completion the balls are shipped to Miami and then to Major League Baseball stadiums across the country. 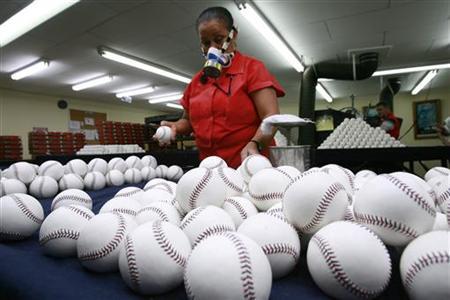 Major League baseball has tried to maintain consistency in their baseball construction since 1872. However it wasn’t until 1910, when the cork centered ball was introduced ,that they have achieved any sort of real uniformity through time. Although production methods differ, a ball today should be pretty similar to one made a hundred years ago.

These days, a Major League baseball begins with the “pill,” which is a 4.25 inch golf ball-sized sphere of cork encased in rubber. The process of making a big league ball begins when hundreds of these pills are dumped into a rotating tumbler and covered with latex adhesive. The drum spins to evenly coat the pills with the latex and when that process is complete the pills are sticky to the touch.

All this wool yarn gives the baseball resiliency so it can spring back to shape after being smacked repeatedly with a bat. The last layer of wool is lighter, smoother poly-wool blend. Overall about 370 yards of yarn go into a baseball.

This wool rubber and cork sphere is called the “center” and it measures about nine inches around. The center is also placed in a tumbler with adhesive rubber to make sure all the wound yarn sticks together. When the tumbler is done spinner the center is air dried for 48 hours but remains sticky.

Next figure-eight shaped cuts of leather are punched out using a wedged press that also gives them holes for stitching. These chunks of Tennessee Holstein cowhide will eventually be the outside of the baseball

However before stitching takes place the date and lot number is stamped onto the leather figure eights and they are wrapped in wet towels to make them pliable enough to sow. Next an adhesive is rolled onto one side of the cowhide cutouts.

When two cutouts are positioned on the center’s sticky surface they should provide full coverage and create what is finally starting to look like a baseball.

Next comes the most labor intensive part of the process: The stitching. The sowing begins when the now-leather clad center is put in a vice. The sower diligently uses two needles to hook the leather unto the wool center and also to cross stitch. During the process wax is rubbed onto the stitching to keep it from tangling. Each ball has exactly 108 stitches and will be between nine and nine ¼ inches in circumference.. Lastly, the balls go through a press that smooths down the seams and a three-headed stamp which gives the official baseballs a trademark, a commissioner’s signature, and a league logo.

The entire process takes a week. The average Major League Baseball lasts a few pitches. You can buy one for $13.95. 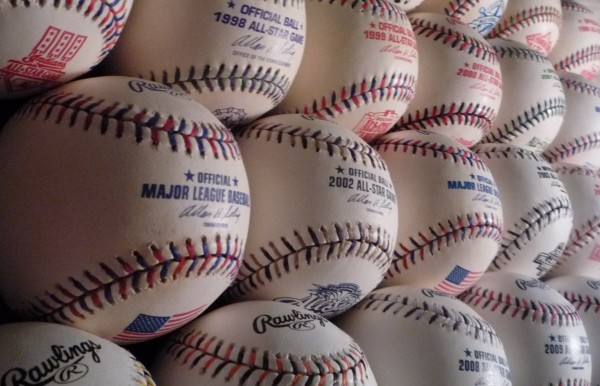