Everybody wants something for nothing, and baseball card collectors would like an easy way to find a comprehensive Free Baseball Card Price Guide on the Internet.

The problem is it doesn’t quite exist. Sure, if you search “free baseball card price guide” some will magically appear on your scream. The problem is none of them have been updated for the last few years.

You might think that’s not a big deal, especially since very few of the cards printed since 1981 are even worth their price in pasteboard. But the market is also always adjusting prices of valuable pre-mass production cards. That Willie Mays you have from 1954 may be worth something different now than it was worth in 2010.

Beyond the fact that an updated baseball card price guide is hard to find for free, there is a another issue with the “book value” that such a guide would provide: It is very likely inaccurate. 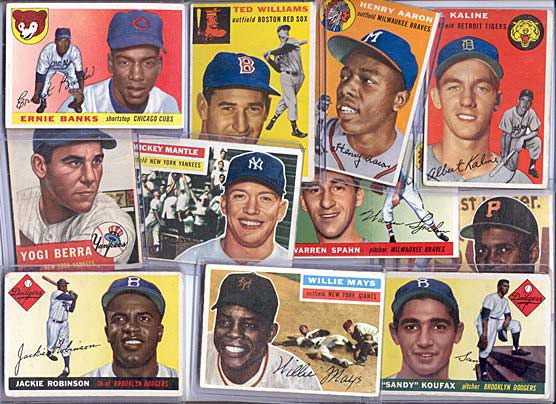 Anyone who had bought and sold anything knows (or should know) that true value is determined simply by how much somebody is willing to pay for it. So while the internet isn’t going to cough up a viable, neatly-packaged free “baseball card guide,” you can actually use a certain site on the web to create a failsafe way to value your cards.

You see, eBay is the greatest free baseball card price guide there is.

To use eBay as a baseball card price guide all you have to do is call up the site and then use the search box. Let’s say you want to find out how much a Mickey Mantle 1952 Topps card is worth. Simply type in “Mickey Mantle 1952 Topps.” Then adjust the sort feature to highest-to-lowest, which will get rid of the reprints and cheap click bait.

You will very quickly see that a PSA 8 (near mint) version of the card is currently being offered at $79,199 and that a PSA 8.5 Mantle had been auctioned off earlier in the year for a whopping 272,550. As you move down the row of cards you see a PSA 6 going for 49,500 and then a PSA 3 offered for $13,500. Not only does eBay give you a great idea of who much the card is worth but it is also reveals its worth in different conditions, something a static baseball price guide has trouble determining.

Of course the Mantle ‘52 is one of the most famous and valuable baseball cards ever printed. However this eBay method works for just about any card that would be worth buying or selling. 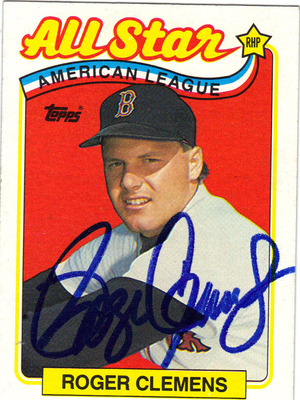 Why not try a 1985 Topps Roger Clemens? Search it on eBay and you will find a gem mint version of the rookie card is worth about 100 bucks. (And you will also see how much the card is worth in lesser conditions.)

To clarify something we said before, cards produced after 1981 should be worthless but some, like the Clemens card, are actually worth something because somebody is willing to pay for it.

But you aren’t going to know how much until you get free, no hassle pricing information from eBay.