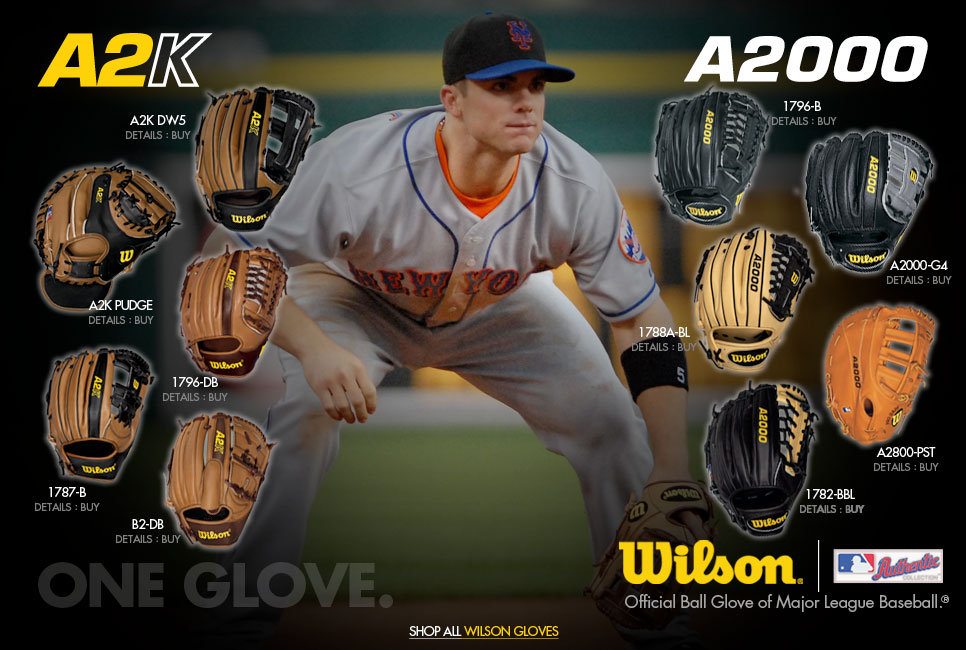 Wilson is Chicago-based sporting goods company that has been around for exactly 100 years. The make a full-range of sporting goods, and perhaps are best known for making the official balls for the National Football League and for many of the top tennis tournament. A volleyball featuring the Wilson logo (and named Wilson) had a co-starring role in the Tom Hanks’ movie “Castaway.”

Wilson gloves are also very popular among amateur baseball players. Below we’ve listed ten models of Wilson Baseball gloves that have been highly rated by consumers. These mitts should be available at your local sporting goods store or at online marketplaces such as Amazon.

Wilson A360 Series 13-Inch Slow Pitch Glove $25 to $50
The Wilson A360 Series 13-inch Slow Pitch Glove is an economical and sturdy piece of equipment. Unlike other lower priced gloves it is made from real leather, not plastic that can’t be broken in. The glove features a closed back with hook & loop strap. It is specific designed for beginning or rec league softball players, and features a deep pocket for catching a softball. However those who have bought the glove report that it also works very well for less-competitive baseball, or for just playing catch with any type of ball. The glove comes in both left-handed and right handed models. 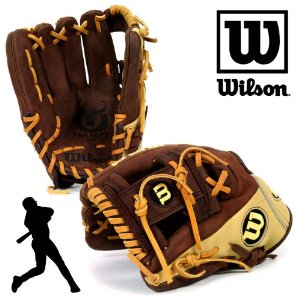 Wilson A800 1786 Game Ready Soft Fit Infielder’s Throw Baseball Glove, 11.5-Inch $100
Because it is made from ECCO leather, the Wilson A800 comes game ready and is designed to provide broken-in softness for years to come. Those who have bought the mitt do report that there was no need to break it in. It features a low heel profile, which makes the glove more flexible and more forgiving when fielding bad hop grounders. It’s 2x palm construction also provides maximum stability and the leather lining is designed to confirm right to the fielder’s hand. At 11.5 inches, this Wilson glove is the perfect size for a serious Babe Ruth or Junior High school player.

Wilson A2000 Pro Stock 11.5 Inch BB 1786-ST Baseball Glove $200 to $250
Wilson has been making their A2000 Pro Stock model for 55 years. Time has proven that the world famous pro stock leather the mitt has always been constructed from offers just about the best durability you can buy. It features pro-stock patterns, which is the design many big leaguers use. And it’s not like Wilson has updated the A2000 throughout its over 50 years of existence. These days it comes with a dri-lex ultra breathable lining which transfers moisture off of your skin, keeping your hand cool and dry. Not that’s a luxury the ball players of yore did not’ have. It may be expensive, but this is a serious mitt for a serious baseball player of any age.

Wilson Pro Stock A2000 JH32 12.5 inch $175 to $225
Yes, Josh Hamilton didn’t have the world’s greatest year in 2013, but lets not blame his glove. The Wilson Pro Stock A2000 JH32 12.5 inch mitt not only comes with all of the goodies associated with Wilson’s Pro stock line — such as dual welting, which pre-curves the fingers, and dri-lex for moisture control — but it is modified to the 2010 MVP’s exact specifications. These include a larger hand opening, deeper pocket, lower profile heel, a thumb stall and a custom set of internal lacing for greater glove strenght. What the glove doesn’t come with is Hamilton’s 25 million a year salary or a biological propensity for drug addiction. 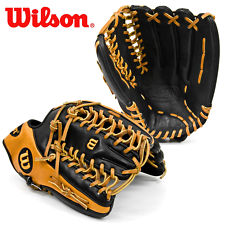 Wilson A440 FP115 Fielder’s Throw Fastpitch Glove $20 to $40
Who says a softball glove can’t be stylish? Those who have bought the Wilson 440 FP115 Fielder’s glove have gone as far as describing it as “super cute.” And with its attractive black and purple color scheme who are we to disagree. The mitt, which features an oversized webbing — even at only 11.5 inches — and an ez snap velcro back enclosure system, is perfect for the youth softball player, and even allows for the new three-finger catching technique many girl’s softball coaches are teaching. Also, did we mention this glove was stylish. Your daughter will never want to take it off!

Wilson A1000 Superskin Series 32.5 Inch BB1791SS Baseball Catcher’s Mitt $80 to $120
The call the special equipment a catcher uses “The Tools Of Ignorance.” But purchasing a Wilson A1000 Superskin Series 32.5 Inch BB1791SS Baseball Catcher’s Mitt would be highly intelligent, which is just about the opposite of ignorance. The glove is made of super skin leather, which is twice as strong as regular cowhide and any catcher will appreciate the extra support when a 95 MPH fastball is zipping to the plate. Those who have bought the glove report that it is not very difficult to break in, although the do recommend applying some oil to it.

Wilson A2403 PUDGE Pro Stock Pudge 32.5 Inch Baseball Catcher’s Mitt $200 to $250
Much more than any other player on a baseball diamond, the catcher relies heavily on his equipment. Even if you are not in the Major Leagues, catching 100 MPH heat, you want the kind of glove that will protect you from the 80 MPH fastballs that can still cause quite a sting. The Wilson A2403 PUDGE Pro Stock 32.5 Inch Baseball Catcher’s mitt cost a pretty penny but should give you peace of mind. If it’s good enough Pudge — who would be feature Hall of Famer Ivan Rodriguez — this glove featuring premium steer-hide and an extended web palm should be good enough for you. 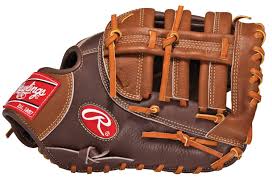 Wilson A800 2800 Game Ready Soft Fit First Baseman’s Throw Baseball Mitt (12-Inch) $50 to $100
Like the catcher, the first baseman needs a little extra padding to handle some pretty fast moving baseball. Thanks 2X palm construction with exclusive Ecco level, the Wilson A800 2800 Game Ready Soft Fit First baseman’s glove offers up this protection. The low profile heel also makes it more flexible so you can open the palm as much as possible and give your field a larger target. The mitt gets gets strong reviews from most who have purchased it, but owners do warn that there will be a breaking in period. While the mitt is certainly good enough for game use, it is also recommended for anybody who is training a youngster with a strong arm.

Wilson A800 1799 Game Ready Soft Fit Outfielder’s Throw Baseball Glove (12.5-Inch) $50 to $100
The key to a good outfielders glove is the size. While infielders need smaller gloves because there is a premium on how fast they can reach into the pocket of the glove, grip the ball, and rip it to first base, that transfer isn’t as a big of a deal for those who play in right field, center field or left field. Instead they need a larger glove to give the ball a bigger landing area and protect them from the dreaded drop fly ball. A little extra length also helps an outfielder when he is diving in for a line drive. A 12.5 inches the Wilson A800 1799 fits the bill as an outfielder’s glove.

Wilson Dura-Pro Batting Gloves Junior $12
Gloves aren’t just for fielding. Most players also use gloves when they came to the plate. These batting gloves help the player grip the bat and protect the the hands for any vibrations or splinting caused upon contact. The Wilson Dura-Pro Batting glove is designed for junior players. But it’s never too early for a good grip and hand protection. The gloves feature a nylon stretch back, for comfort, and leather in the front.