Here are five popular hitting drills that require no more than a bat and a tee and can improve any hitter’s technique at the plate:

First set up the ball in the middle of the plate, thigh high. Take a few swings. Move the ball to the outside of the plate. Repeat. Then do the same with tee and ball moved the inside of the plate. The key is that the hitter always stays in exactly the same part of the batter’s box. He should also be visualizing a pitcher and his wind up and watching an imaginary bar through the air before swinging. The exercise should be repeated with with balls placed at different heights. This drill allows a hitter to hone his stride while working on hit pitches in all locations. 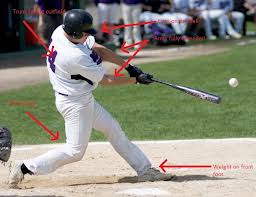 The “Shine a Light” Drill
This is easy drill that will help a player develop a short stride.

Youth players in particular tend to over swing. Joe Brockhoff, a the former head coach at Tulane University, has developed a simple, word-association technique to fix that. When players practice their swing, he encourage them to “shine a light” toward the pitch, with the “light” emulating from the knob of their bat.

By positioning their bat that way it is almost impossible to have a looping or sweeping swing. If a hitter gets comfortable swinging with his “light” trained on the pitch he will always have a short and compact swing.

Coil Drill
This drill requires a bat and help a hitter develop a consistent routine for getting into the batter’s box, setting his stance, and coiling his bat.

The execution of this drill is simple enough. The hitter gets into the batter’s box (real or imaginary) goes into his regular stand. The coach will throw him an imaginary ball and the player will coil in preparation, freezing at the apex of his coil. This will give the coach the chance to analyze the coil technique.

Things the coach should be looking for is a proper grip, a correct weight shift, eyes on the ball, and hands up, not dropped. Additionally, and perhaps most importantly, the hitter should just look comfortable and ready to strike. 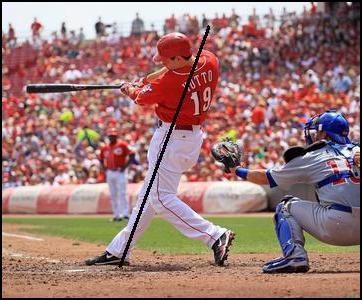 Hip Rotation Drill
This drill requires a bat and will help a hitter work on his proper hip rotation.

To start the drill the player puts the bat behind his back and then balances it between his biceps and forearms with the barrel of the bat pointing wear the catcher would be. The coach will throw the batter imaginary pitchers, yelling inside or outside when he does. The player while then respond to the pitch like he would if it was really coming, taking his normal stride coil and hip rotation.

Sacrifice Form Drill
This drill will help hitters develop a good form for bunting. It is best performed in a group.

In the drill players with a bat in hand line up facing a coach, who is standing about 20 feet away from them. The coach will through an imaginary pitcher and the players will go into the bunting position. Since there is a natural freeze point to the pose the coach can then observe each player’s technique and offer criticisms and recommendations. Among the things the coach should be checking for is if the player looks balanced, if they have stepped too close to the plate in their setup and if the bat is at the proper angle and the top of the strike zone. 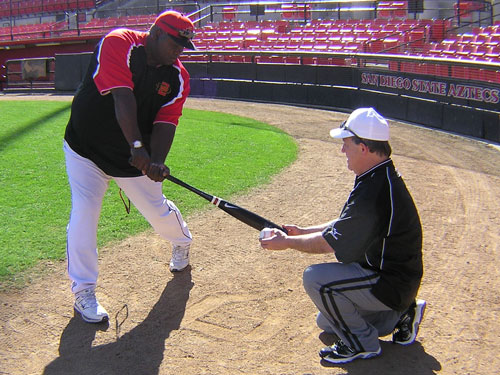